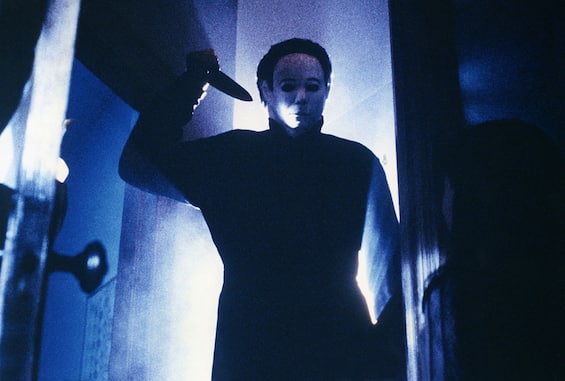 
John Carpenter confessed that he is not worried that the numerous sequels may somehow scratch the aura of the progenitor, which he created. “I just don’t care,” he said without wanting to argue with the director. Carpenter does not feel he has strong ties to the franchise’s sequels and has no plans to direct one in the future. Now let’s review all the Halloween released so far, without knowing for sure if the last one Halloween Ends will live up to its name by closing the games for good

The original series and the beginnings of Halloween

The first Halloween of 1978 is the only one directed by John Carpenter and his hand is clearly visible. In 1978, thanks also to a superb and almost debutant Jamie Lee Curtis, she defines the role of the “final girl”, writing the rules of the decades-long duel between Laurie Strode and Michael Myers

Halloween II – The lord of death he had to close the circle, picking up exactly from the end of the previous episode. Seeking revenge, Michael Myers searches for Laurie to kill her. It is the only sequel to bear the name of Carpenter, at least in the script, and was originally supposed to mark the final farewell to the character of Myers.

Michael Myers is actually absent from Halloween III – The lord of the night, even if it will only be a parenthesis before the great return to the scene. The idea was to jubilate the antagonist of the two previous films, making him become Halloween a saga in which different threats would have followed one another. The tone of this third chapter is not surprisingly very different from the slasher mentioned Halloween it was considered one of the cornerstones. The idea of ​​the mad scientist, however, convinces the public too much, forcing the producers to reverse too (including John Carpenter)

This episode clarifies its greatest reason of interest already from the title. Myers returns and it doesn’t matter that this time his revenge seems focused on Laurie’s daughter, who has died in the meantime.

The original series, from the nineties to the new millennium

The film comes more than ten years after the first chapter of 1978 and, like other “children” of long-lived sagas of the period, begins to show a bit of the rope. After the shocking finale of the previous film, we basically start again with the plot that sees Myers in pursuit of Laurie’s heir (who is also his nephew). Here it appears increasingly clear that there is a disturbing bond between the two which represents the most interesting part of the entire film

This is the last film of the saga in which we see Donald Pleasence, later disappeared. His doctor Sam Loomis represented the most direct link with the beginnings of the series but, paradoxically, director Joe Chappelle decided to cut many of the scenes with the character as he considered them “boring”

The idea behind this chapter is at least interesting: it is decided to ignore most of the previous films, creating a direct sequel to the 1978 classic. The success of the operation is also good thanks to the return of Jamie Lee Curtis in the role of Laurie Strode. The actress stands out as a veteran in a cast that includes other future stars such as Joseph Gordon-Levitt, Michelle Williams and Josh Hartnett

Rick Rosenthal returns to directing a film from the series after the second chapter of 1981. Halloween – The resurrection it is the son of its time, also thanks to the inclusion of new elements such as reality shows. Jamie Lee Curtis was contractually obligated to appear in at least a thirty second cameo and entered with the promise that neither she nor her character would appear in the saga in the future.

In 2007, director and singer Rob Zombie decides to give his version of Michael Myers’ story (with Carpenter’s blessing). Halloween – The Beginning it is therefore not a sequel but a remake that focuses on the past of the iconic villain

Zombie is persuaded to do a sequel two years later. Halloween II it is very gory but it is remembered above all because it is the first film in which Myers says something: “Die!”, it is the cry directed towards the “new” Doctor Loomis / Malcolm McDowell

The sequel trilogy of the first chapter, Halloween – Night of the Witches

In 2018 a new saga begins. The first Halloween directed by David Gordon Green is presented again as a direct follow-up to the cult of the late seventiesat Halloween – The night of the witches. The story picks up forty years later and sees the return of Jamie Lee Curtis as Laurie and Nick Castle as Michael Myers

The trilogy with Green at the helm is completed with two sequels, initially designed to be shot at the same time: Halloween Kills of 2020 and the recent Halloween Ends. As the title suggests, the latter should have definitively closed the saga even if, as we have seen, yet another future reinterpretation of the events of Myers and Laurie Strode is not completely excluded.