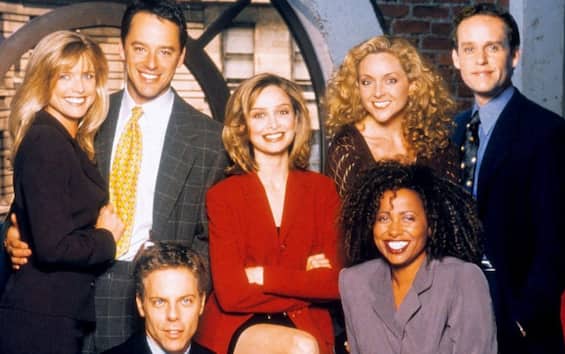 20 years after the last episode of the series, fans of Ally McBeal they can finally count the days before they can re-embrace the character and the narrative world linked to the lawyer played by Calista Flockhart for five seasons. Just as She-Hulk, on Disney +, seems to bring attention to the legal comedy genre, ABC has formalized the start of the development of the revival of Ally McBeal.

To report the news was Deadline, who explained how Karin Gist is already hard at work writing the new series. Gist will also executive produce what promises to be a modern-day sequel set in the same law firm that housed the lead from the original series. At the center of the new episodes will be the story of a young black woman, just graduated in law, who will join the firm.

POSSIBLE THE RETURN OF CALISTA FLOCKHART

According to the first rumors, the character should be the daughter of Renée Raddick, roommate of Ally in the original series, played by Lisa Nicole Carson. The continuity with the original series should also be guaranteed by the return of Calista Flockart, contacted to reprise the role of her, albeit with a reduced playing time, and to collaborate in the executive production. However, there is still no official news on her possible involvement. David E. Kelley, producer of Ally McBeal, would have given his assent to the revival without being involved in the project. Production will be handled by the studios of 20th Television, a Disney subsidiary.