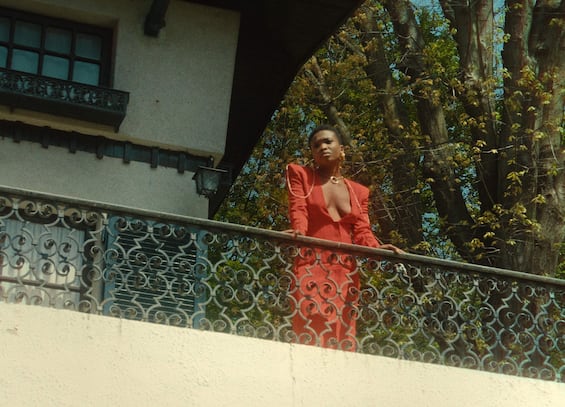 The song is one of the most beautiful both in terms of music and writing of an old school rap artist who was the first to collaborate with us by distributing the album “Suburra – final season, original soundtrack” all over the world. Great honor to have this album as it is an honor to work with this artist and on his next album which will give us some surprises also in terms of collaborations.

I heard this song for the first time, before it came out, and I thought it was a hit and, after a few months after its release, the song really became a hit getting our first double platinum certification in Italy by a Spanish artist . RVFV is our most important international artist listened to in Italy and with whom we are developing his project for 2023. Thanks to his first hit and the work of Altafonte Italia, RVFV presides over the digital platforms with various songs, he obtained the cover in the most important playlist of Spotify, “Hot Hits”, and another cover on Amazon Music Italia. Right now he’s also dominating with the latest track “Hace Calor” and we can’t wait to bring you even more. Before Christmas he released his EP “Metamorphosis” whose focus track was “Dominicana” with the wonderful collaboration of Morad.

“Sigue” is an international song by two urban artists with great personalities. IS

a song that makes you travel with your mind, to be heard absolutely. Just look at the video clip: the two artists are filmed from behind in the car and those who look stare at the road, witnessing the journey of the two. After a few weeks, the song entered Spotify Italy’s Viral 50 and still now presides over an international rap playlist.

“Yolandi” is an immortal and important song for the theme it addresses, feminicide. It’s a piece that reaches Tik Tok’s generation Z so much that anyone is sensitive to listening to this song which, as far as I’m concerned, is wonderful. He is giving us great satisfaction, as well as the brilliant artist himself: a musician, singer, rapper and producer. The song is currently in Viral 50 on Spotify.

Two legendary artists and an epic song that puts an end to the dissing between the two that had taken place in the past. It was very nice to release this piece that generated a lot of interest in the rap scene and it was also very nice to be able to see how things change and disagreements fade away.

Love Dee (in the opening photo, ed) is our first female artist to join Equal Italia on Spotify. She is an artist with a unique, magnetic personality and with her we also obtained two covers on Spotify, precisely because of her uniqueness. Furthermore, this year the artist has been included in VEVO’s NEW COMERS program which supports emerging artists throughout the year with various editorial, social and adv activities.

Jeezus is an artist of Senegalese and Neapolitan origins. He has a very beautiful image and this song, as the title says, is really a poem. Even considering that it is a first single, we have achieved great results which, at the moment, are around 80K streams. IS our emerging “Neapolitan” in which we believe a lot and which we are supporting, focusing on its growth which clearly requires time, perseverance, commitment and perseverance.

Lorenzo Licitra, winner of X factor in 2017, is a great and stimulating challenge for us because, in addition to being a sensitive person, he is an artist who has very strong potential and a crazy credibility for his voice, his stage presence and his personality. There will be a surprise about him!

This is our first Italian hit. It’s sensational to know that an artist like Biondo, who comes from an edition of Amici, is still able to capture the attention of generation Z. The song is reaching 2 million streams in just a few months and we are still working to keep this hype up . And with Biondo we are now working on his next EP and summer song.

The Different Twins were our Christmas present 2022. I listened to them as a child and there is a project underway. The boys are promoting this song and for the second time we entered the radio charts thanks to this song: another important result for an independent reality like Altafonte Italia.