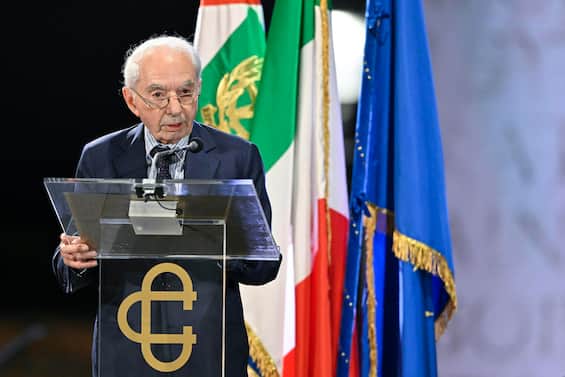 After eight months of presidency, the number one of the Constitutional Court delivers his last speech before stepping aside. The puzzle for the succession opens: in the front row there are two women

Never cross the borders that separate the various powers of the state, to prevent an “institutional chaos” on the most difficult cases. This is the legacy of Giuliano Amato, on the day of his farewell to the Constitutional Court. This is the last public intervention, the farewell step after eight months of presidency. In fact, his nine-year term as a constitutional judge will expire on 18 September.

The new president could be a woman

Once another judge has been appointed by the head of state and has sworn, perhaps as early as the 20th, the Court will elect the new president, who this time could be a woman, although at the moment the scenario remains very uncertain. At the ceremony at the Palazzo della Consulta, Amato appears moved. His speech is a wide-ranging analysis, which starts from the consideration of a world changed for the worse: more conflicts between states and within their societies, with radicalized political systems on “issues of values ​​and identity”, on which therefore it always becomes more difficult to find shared solutions, while “national barriers” are being raised or threatened against common European law.

A reminder of everyone’s respect for limits

A situation that also has repercussions on the work of the Council, called upon to make decisions on cases involving choices that compete with Parliament “, and which often found itself faced with the” silence “or” discordant voices “of the Chambers. The Court followed the “fundamental compasses” of “institutional collaboration” and “balance” in the search for solutions within its competence, without ever replacing Parliament in “ethical-social appreciation.” Guidelines that Amato hopes will continue to be followed. to give in to the “temptation”, faced with the difficulty of the Chambers in deciding on the front of the new rights invoked by society, to consider judgments as sources of law like the laws. “The solution is not that each of the powers profits from the difficulties to do this which seems fair to him and yet it is up to the other “, the president warns, calling for the respect of limits by all powers because” we all respond to our citizens “.

Three names vying for the succession

With Amato’s farewell, the knot of succession opens, which could also end with the return of a woman at the top of the Court, after the experience of Marta Cartabia. Out of the three eligible names, two are women: Silvana Sciarra and Daria de Pretis. The third candidate is Nicolò Zanon. All three are vice-presidents and the criterion of seniority at the Court, which has always inspired the choice of the president this time, does not help: they were all sworn in on the same day. Age has never had a weight so far, but if you take it into consideration, Sciarra, who is 74 years old, would be in pole position, a dozen more than his competitors.