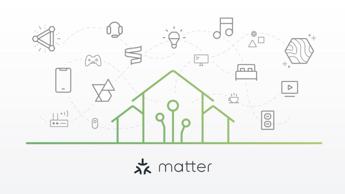 Available on Echo and eero devices, currently only compatible with Android: here’s what changes

Amazon has announced that customers of Echo smart devices and eero mesh systems in the UK and around the world will be able to use Matter, the smart home interoperability protocol, over Wi-Fi, to manage light bulbs, outlets and switches. via android setup. Amazon, as a founding member of the protocol, is supporting Matter integration on more than 100 million devices worldwide, across 30 Echo and eero device models. Thanks to Matter, the control and configuration of the devices is simpler and more immediate, and requires nothing but a smartphone (for now only Android), a username and a password, without hubs or extra control units. Amazon said in an official statement: “This is the first step in making the smart home more interoperable and simpler. Early next year, we’ll add Matter support for iOS, Thread, other device types, and the rest of Echo and eero models.”