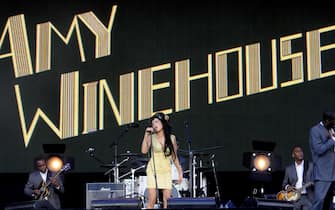 Amy Winehouse died 11 years agothe July 23, 2011at the age of 27 years old. Although very young, the British singer-songwriter had a global success. Together with Adele and Duffy she was considered one of the exponents of the new generation of white soul. He won five Grammy Awards and his songs have made history

Amy Jade Winehouse was born on September 14, 1983 to Enfield, Middlesex, England. His is one Jewish family: his father is a taxi driverhis mother one pharmacist

Amy Winehouse, the unreleased video of “Love is a losing game” is out

There passion for music shoot immediately. At the age of 10 years has already founded a rap group amateur called Sweet ‘n’ Sour. TO 12 years attends the Sylvia Young Theater Schoolthen the BRIT School in Selhurst, Croydon. But he doesn’t like studying very much

In the 1999 enter at National Youth Jazz Orchestra. In the 2002his friend singer Tyler James send his demo to a talent scout. Like this Amy Winehouse signs with the Island / Universal record label

The October 20, 2003 his comes out debut album: “Frank”. The record flies high in the UK charts when in 2004 he was nominated for the BRIT Awards in the British Female Solo Artist and British Urban Act categories. The album gets two platinum discs and sells in total 1.5 million copies

The October 27, 2006 his comes second album: “Back to Black”. In England conquers the top of the Official Albums Chart in a few weeks. In the United States reaches the seventh position on the Billboard 200. From “Back to Black” to “Rehab” his magnetic songs go around the worldbut the latter speaks precisely of his own refusal to detox from alcohol

The February 10, 2008 he wins five Grammy Awards: three for the song Rehab in the categories “Record of the Year”, “Song of the Year” and “Best Female Pop Vocal Performance”, one in the “Best New Artist” category And one for the Back to Black album in the “Best Pop Vocal Album” category. He thus obtains three of the qufour most important awardsas had only happened to Lauryn Hill, Alicia Keys, Norah Jones And Beyoncé

During his public appearances it often shows up in confusional state, drinks and we talk more and more about his problems with alcohol

Amy Winehouse’s physique undergoes gods drastic changes: between the first and the second disc he loses a lot of weight and the singer reveals she has food disorders. And she is also hospitalized for lung problems

The June 18, 2011 sings to Belgradein Serbia, for the opening of the new annual European tour. On stage (pictured) appears drunk. The July 20, 2011 appears atiTunes Festival in London during the performance with Dionne Bromfield: it is his last public appearance

His third and last album will come out posthumous only the December 5, 2011. The title is “Lioness: Hidden Treasures”another successbut the singer will not be able to assist you

At 15:53 of the 23 July 2011 Amy Winehouse is found dead in the bed of his house al number 30 of Camden Square. A month later the family let it be known that “the analyzes they did not detect traces of drugs, only traces of alcoholbut not to an extent that it is possible to establish whether and to what extent alcohol influenced his death ”

The October 27, 2011 the results of the toxicological tests which explain that death would have been caused by one shock due to a massive dose of alcohol after a long period of abstinence. But about the causes of his death many continue to say that there would be no clarity

Amy Winehouse despite herself, she joined the long list of singers who died at the age of 27how Jim Morrison, Jimi Hendrix, Janis Joplin, Kurt Kobain and many others

With her voice and its style Winehouse has influenced many artists around the world: Adele, Rebecca Ferguson, Caro Emerald, Duffy, Alessia Cara, Lana Del Rey, Lily Allen and Paloma Faith. In Italy there are those who were inspired by her Nina Zilli and Noemi