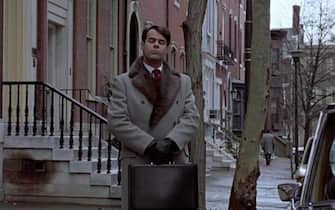 Dan Aykroyd is Louis Winthorpe III, a haughty stockbroker from “good Philadelphia” who divides his time between work, leisure with rich friends, love for Penelope and the services of the faithful butler Coleman.

Watch the VIDEO: The best films of Eddie Murphy

Eddie Murphy as Billy Ray Valentine, a homeless hustler who begs by pretending to be a Vietnam vet.

From Mom I missed my plane to today, that’s how Macaulay Culkin is today. PHOTO

The two meet by chance on Christmas Eve, colliding in the street, and start arguing about the motivations that drive an individual to crime or success.

The best Christmas movies to watch with the family. PHOTO

To verify their theses they decide to exchange their lives, with the complicity of a corrupt government official.

Eddie Murphy, born in 1961, has confirmed himself as a cult actor in the comedy genre. His latest film is Craig Brewer’s Coming 2 America.

Ralph Bellamy and Don Ameche, in “An armchair for two” are Randolph and Mortimer Duke, miserly employers of Louis. Both disappeared in the early 1990s.

Denholm Elliott as Coleman, the butler. He too disappeared in the 1990s, less than ten years after “An armchair for two”.

Jamie Lee Curtis as Ophelia, a prostitute hired by Clarence Beeks for Louis Winthorpe III who then decides to help him.

Today, Jamie Lee Curtis is among the most famous American actresses, twice awarded the Golden Globe. Her latest film is “Halloween Kills” by David Gordon Green.

Paul Gleason, the corrupt and unscrupulous government official Clarence Beeks from “Little Seating” passed away in 2006 (in 1988 he starred in “The Crystal Trap”).

Franz Oz in the Christmas classic is a corrupt cop. His latest film is “Cena con delitto-Knives Out” by Rian Johnson.

In “An armchair for two” we also find a young James Belushi.

Today Belushi is an actor and musician. His latest film is “Wonder Wheel” by Woody Allen.