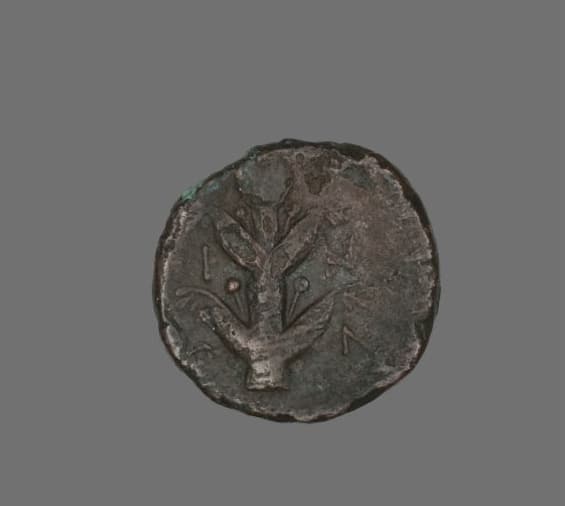 From before the rise of Athens to the height of the Roman Empire, the silphium, a plant with golden flowers, it was one of the most sought after products in the Mediterranean worldevaluated at the same price of silver. The valuable medicinal spice grew in the region of Cyrenaica (today’s Libya) until the first century. A.D

“Only one stem was found”wrote the Roman chronicler Pliny the Elder in his Natural History at that time, “and it was given to the emperor Nero”.

According to the story, it was the emperor who consumed the last plant in existence. Researches of the silphium so cited in ancient texts were carried out starting from the Middle Ages and over time historians came to the conclusion that it could be the first species – animal or plant – whose extinction had been documented.

An assumption questioned following the discovery of the Istanbul University pharmacologist, Mahmut Miskispecialized in pharmacognosy, the study of medicines obtained directly from plants and fungi.

The discovery in Turkey

In the 1983the pharmacologist was led by two boys from a small village in the Cappadocia up to the slopes of Mount Hasan, Turkey. Behind the stone walls that protected the plants from cattle grazing, the brothers showed Miski several unusually tall plants with thick stems that oozed acrid-tasting resin. The professor’s research ultimately revealed that only one other specimen of this plant had ever been harvested – in 1909 at a site 150 miles east of Mount Hasan – and was subsequently identified as a new species: Ferula drudeana.

The similarities between the Miski discovery and the silphium

Years later, the Miski returned to study the plant found in Turkeyfinding several similarities, in appearance and properties, with the ancient silphium. From the chemical analysis it emerged that the Ferula contained several compounds with anticancer, contraceptive and anti-inflammatory properties. “The same chemicals are found in rosemary, sweet flag, artichoke, sage and galbanum, another Ferula plant”, wonders the professor commenting on the discovery in National Geographic. “It is as if half a dozen important medicinal plants have combined into one species. “Even the features are similar to those of the silphium, whose appearance has been reconstructed thanks to ancient texts and the depictions on the coins used in Cyrenaica: thick and branched roots, similar to ginseng; basal leaves similar to fronds; a grooved stem that ascends to whimsical circular clusters of flowers; celery leaves; and fruit in the shape of inverted hearts. The similarities, however, do not stop there. Ferula’s young plant keepers had told Miski how sheep and goats loved grazing on its leaves, which reminded him of a description in Pliny’s Natural History of sheep fattened by feeding on silphium.

How did silphium get from Libya to Turkey?

Not everyone is convinced of the correspondence between the Ferula found in Turkey and the ancient plant loved by Greeks and Romans. Ancient descriptions were unanimous that the best sylph came exclusively from a confined area around the city ​​of Cyrenea site now occupied by the modern Shahat settlement in Libya. The slopes of Mount Hasan lie 800 miles northeastas the crow flies, across the Mediterranean.

A plausible explanation, according to Miski, is that some silphium seeds were brought to Turkey about two thousand years ago by the Greeks who have inhabited it for centuries. “Since it takes at least ten years to mature, they may have planted it, then forgot everything. But the plant continued to grow in the wild and ended up populating this small area, “he said Mehmet Atawho as a boy took Miski to the orchard where the plant grew. “The descendants of the original peasants would not have known what the hell it was.”