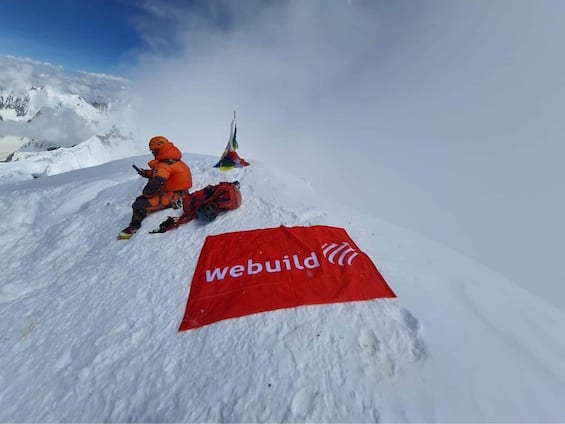 His name is Mattia Conte, he is a non-professional climber and he is the one who managed to reach the peaks of Broad Peak, one of the 12 giants of the earth, the mountains that exceed 8 thousand meters in height. Man, without the aid of oxygen cylinders, reached 8,047 meters above sea level, a few steps from the summit of one of the massifs of the Karatorum, on the border between China and Pakistan.

The challenge was promoted by the Webuild Group with the aim of donating funds to a childcare facility in Addis Ababa in Ethiopia. The meeting between Webuild and Mattia Conte was born in the construction sites of the GERD (Grand Ethiopian Renaissance Dam), in Ethiopia, the largest African dam on the Blue Nile that the Group is building. It is here that the mountaineer trained Webuild’s specialized technicians for operations at height, essential for completing a work destined to give life to the‘Africa’s largest hydroelectric plant, with a total installed capacity of 5,150MW and an estimated average production of 15,700 Gwh / year. A real energy hub that will allow the country to generate and export clean and renewable energy, while avoiding the emission of over 2 million CO2 per year.

The environment and energy are among the issues that most involve Webuild which is one of the main players on a global scale in the hydroelectric energy sector. The hydroelectric projects currently underway by the Group will generate 14,000MW of new renewable installed power and guarantee clean energy and low cost for tens of millions of people around the world. Among the projects underway, also Snowy 2.0 in Australia, a hydroelectric plant that will allow 500,000 homes to be served simultaneously during periods of peak energy demand.