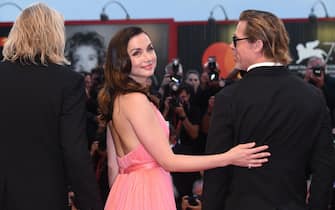 14 minutes of applause at the world premiere of Blonde, in competition at the Venice Film Festival. Emotion for Ana de Armas, who plays Marilyn Monroe in the film, and also for Adrien Brody alias Arthur Miller

The film, based on Joyce Carol Oates’ novel of the same name, was one of the festival’s most anticipated titles

Blonde chronicles Monroe’s life, from her childhood as Norma Jeane to her rise as a Hollywood diva

Venice Film Festival: Blonde, the review of the film

The standing ovation at the end of the film was a great satisfaction for the protagonist Ana de Armas, who had been criticized for her Cuban accent before the screening.

Marilyn Monroe fans, after the release of the trailer, had noticed that the voice of the actress did not reflect that of the diva

Ana De Armas previously told the Times that she spent nearly a full year working on her accent before filming began. “It took me nine months of dialect coaching, practice and work to get the accent right. It was a great torture, so exhausting. My brain was fried ”

Blonde, released the trailer in Italian of the film

Venice Film Festival 2022: report cards to the looks of the stars on the red carpet

“The film wasn’t made until we found Ana and we were able to cross the finish line,” said Brad Pitt, producer of the film.