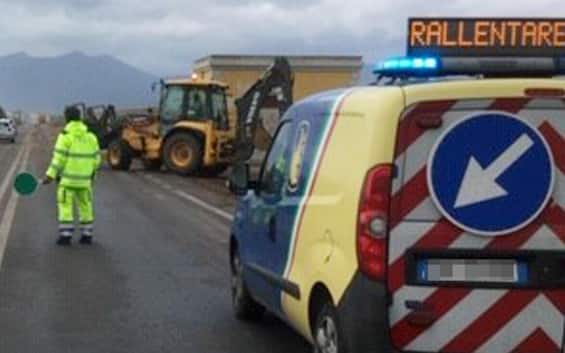 Over two billion for new works; 174 million euros for the monitoring of bridges and tunnels throughout Italy, as many investments for post-earthquake reconstruction in central Italy. These are just some of the measures taken regarding infrastructure for 2023

The Interministerial Committee for Economic Planning and Sustainable Development (Cipess) has approved 4.55 billion euros for investments of the Anas program contract, making the funds allocated by the 2022 budget law available. It is an important result and strongly supported by the Deputy Prime Minister and Minister of Infrastructure and Transport Matteo Salvini, who has repeatedly reaffirmed his determination to speed up the work throughout Italy.

Ad hoc interventions for the Marche region have been approved by Cipess. First of all – informs the ministry – there is the adaptation of the E78 Grosseto-Fano corridor with the allocation of 150 million for the Guinza Gallery. “This is a decision of vital importance for connections in the region,” underlines MIT. Multiple works needed after the earthquake were also approved. The Cipess also approved the definitive project of the intervention called “Intervalliva di Macerata, stretch Sforzacosta (junction SS 77) – Pieve and connection to the capital, stretch Pieve – Mattei” which is part of the maxi intervention into which the Viability “Asse Viario Marche – Umbria and quadrilateral of internal penetration”. The intervention involves the territories of the Municipality of Macerata and the Municipality of Corridonia, both in the province of Macerata.