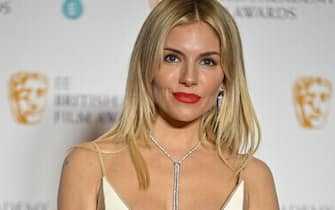 Much of the success of Anatomy of a scandal it is thanks to Sienna Miller. The British actress and model is the spearhead of a cast of excellent performers. On the show she stars as Sophie Whitehouse, the wife of the accused politician who stays next to the man during the scandal.

Rupert Friend is one of the protagonists of the series with the role of the English parliamentarian James Whitehouse, accused of having had an intimate extramarital relationship with Olivia Lytton. The woman will take him to court for abuse

Anatomy of a Scandal, the cast at the London premiere of the TV series

British actress Michelle Dockeryalso in the cast of the acclaimed Downton Abbey, on the show is prosecutor Kate Woodcroft, one of the key characters in the story. The woman will not be intimidated by the politician’s position of power in pursuing his accusations

Sienna Miller turns 40, this is how the actress and model has changed. PHOTO

Naomi Scott plays Olivia Lytton, a researcher on James Whitehouse’s staff who, after starting a clandestine relationship with the man, will accuse the politician of rape

Naomi Scott: the most beautiful photos of the actress

Hannah Dodd she plays the younger version of Sophie Whitehouse in the flashbacks of the story. The actress will also appear this year in season 2 of Enola Holmes

Netflix announces the release dates of many 2022 TV series

Ben Radcliffe is the actor who plays the young James Whitehouse

Violet Verigo she plays Krystyna, the au pair of the Whitehouse family

Joshua McGuire in the story is Chris Clarke, the Downing Street chief of communications concerned about the repercussions of the Whitehouse affair on the prime minister’s reputation

Geoffrey Streatfeild he gives the face to Prime Minister Tom Southern who, during the scandal, chooses to support his friend James Whitehouse