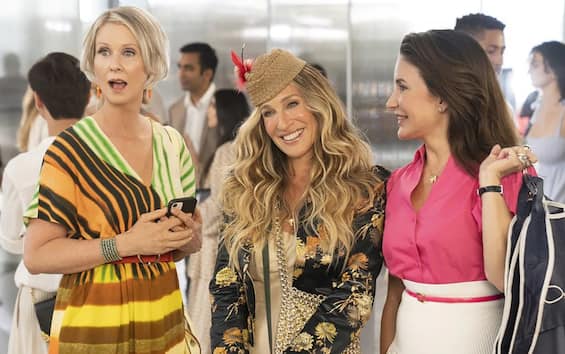 And Just Like That 2 has officially started again. As for the production, it means. Its official status was confirmed by the first photos from the set, shared by the first woman of the television series: Sarah Jessica Parker (and who else if not?).
Carrie Bradshaw’s interpreter posted on her Instagram profile the first images of the “construction site”, that is, of the set.
After Parker shared some updates of the upcoming show a few weeks ago, again on Instagram, the start of work had now been formalized. However, this sharing of some shots coincides for fans with a real first take.
As previously announced, the second chapter of the television series And Just Like Thatsequel to Sex and the City, will clearly still have Sarah Jessica Parker in the cast, in addition to the two friends Charlotte (Kristin Davis) and Miranda (Cynthia Nixon). Also for this new act of the saga the great absentee will be Samantha, the character played by Kim Cattrall who for six seasons of SATC was the fourth friend of the group. Due to differences with her colleagues, Cattrall prefers to no longer be part of the large family of Carrie & Co.

At the bottom of this article you can look at the first photo on the set of And Just Like That shared by Sara Jessica Parker on her official Instagram profile.

Everyone’s eyes were attracted not so much by the shoes that the actress wears in the shot (already in themselves however very flashy and particular): the image that you find at the bottom of this article is the first thing that catches the eye. strange pigeon.

However, this is certainly not the typical puzzle game of the “Find the intruder” type, since that pigeon is not at all an intruder when it comes to a television series in which fashion is the protagonist as much as Carrie, Charlotte and Miranda … pigeon, in fact, is a bag: we are talking about the already legendary clutch by JW Anderson, which opens on the wing of the bird and is called in a very eloquent way: Pigeon Clutch, in fact.

This accessory has already become the cult object of fashion lovers, after being presented during the JW Anderson Fall Winter 2023 Men’s collection fashion show. So no mystery, on the contrary: no “pigeon hatching here”, that’s it.

If the Pigeon Clutch was already a must, let alone now: after this shot by Sarah Jessica Parker and after we will most likely see the bag in the television series, that pigeon will soon be on the verge of extinction, recording in no time at all. sold out.

In addition to the JW Anderson clutch, for example, the Opal Rope necklace of the New York brand Fry Powers was also worn by Sarah Jessica Parker on the set of the second season of the series (and will therefore certainly flow into the final montage of the show). The result? A resounding success of the aforementioned series. Carrie Bradshaw is a Queen Midas: she turns everything into gold, even necklaces that are already gold (14 karat, in the case of Fry Powers’ Opal Rope).

Below you can see the first photo on the set of And Just Like That shared by Sara Jessica Parker on her official Instagram profile.