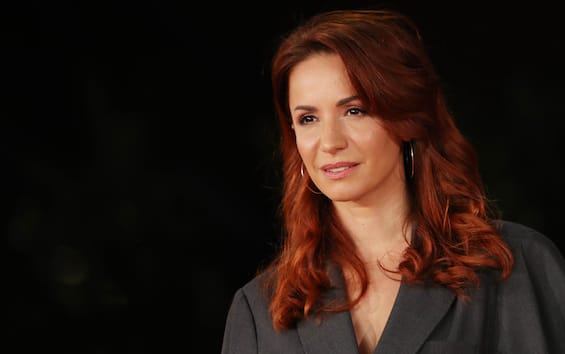 Andrea Delogu told TikTok that she was rejected by a restaurant in Rome because of her clothing: the TV presenter was wearing a sports suit.
“I was kicked out of a restaurant because I was in overalls,” Delogu said in a video posted on TikTok (video you can watch at the bottom of this article).

It happened on Friday, September 23, at dinner time: she was returning from training in the gym when she stopped in the restaurant located under her house, a place that has recently opened its doors.

“I finish the gym, I was dressed as a gym. I go downstairs, where a restaurant has opened and so I wanted to try it. I go to the lady outside and ask her if there are two places to eat. She teams me, teams the person who was with me . We were dressed for the gym, nothing special, and he tells us that the restaurant is full ”, these are the words of Andrea Delogu.

The presenter asked amazed: “How full?”, Receiving the following answer: “Yes, yes. You should have booked, here’s the note, call next time ”, the owner of the restaurant would have told her.

At that point Delogu, after having gone away, tried to call the restaurant to book a table for three people. Since the other end of the phone did not tell her that they were full but, on the contrary, they accepted her booking, the host clarified: “I am one of the two people who came before her”.

“Why did he lie?”, This is the question that Andrea Delogu asks himself. “I wonder but in 2022 are we still talking about dress code? The thing that bothers me most, however, is the dance. Tell me there is a dress code then, the lie made me angry, I was upset”, she concluded.

In these hours an interview with the owner of the restaurant has come out, accused by Andrea Delogu of having rejected it because of clothing.

Clarida Salvatori, journalist of the Corriere della Serahe asked the owner of the restaurant in Prati, who says that things would have gone differently.
“This story has hurt me more than a stab. We have only recently been open and let alone if I send someone away from my restaurant. Everyone enters here, without political or gender color. Outside, I displayed the Rainbow flag. I welcome dogs and children more than owners and parents. Then I live in shorts and a T-shirt, think if I throw people out because they come in overalls … It was all a huge misunderstanding that I tried to explain to them with a message “he declares to Courier the owner of the Roman restaurant, Luciano Bracciantini.

The owners of the restaurant: «It was not like that at all. An attack without reason “

“Everyone eats here. I have been in the restaurant business for years and I know how to deal with customers. When the couple came to ask we had all the tables booked, really. Shortly after they canceled one for me and then on the next phone call we said yes. Our only mistake was not to immediately say that in the meantime there had been a cancellation “, continues the restaurateur interviewed by Courier.

The lady who collaborates with the owner – the one who spoke with Andrea Delogu last Friday – does not understand how what could have happened in these hours is overwhelming them in the media.
“I spoke to her and when I read the news on social media I thought it couldn’t be us, because it wasn’t like that at all. An attack for no reason, ”she told Courier the collaborator of Luciano Bracciantini.

Below you can watch the video posted by Andrea Delogu on his TikTok profile.