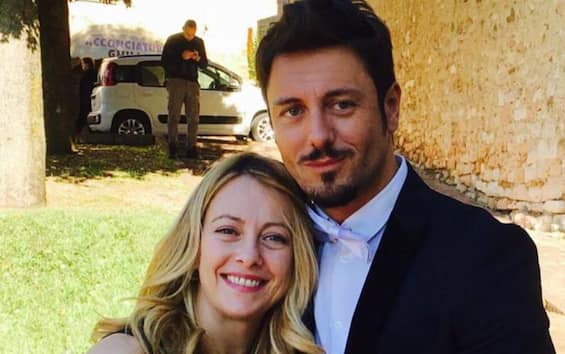 The journalist talked about himself in an interview granted to “Corriere della Sera”. “We will not live in Palazzo Chigi” he explained. “State travel? Only if you ask me.” The episode of Peppa Pig with two mothers? “I can also show it to my daughter and, if she were to ask why there are two mothers, I will explain it to her. However, one thing is a choice explained by a parent, another is to forcefully pass a concept”

“I am happy, it is something epochal: for Giorgia, it is the completion of a thirty-year journey. For our daughter, it is a page of history that, when she grows up, will make her proud of her mother ”. Thus Andrea Giambruno, the journalist who for several years has been the companion of the leader of the Brothers of Italy, Giorgia Meloni, commented on the outcome of the recent political elections in an interview granted to the “Corriere della Sera”. Talking more closely, between political orientation and the “Peppa Pig” question. (Elections and government, the latest news: LIVE)

It will be an unprecedented role for Giambruno, that of “first husband”: “I know that there is no real term for the male equivalent of First Lady. Are we waiting for a neologism from Zingarelli? ”, She underlined. How will he interpret it? “I’m not the type for covers or glossy photos, in fact, in the nine years with Giorgia, we have always separated the working areas”, said the journalist of “Studio Aperto”, ready if it will serve to accompany the leader of FdI on state travels. “If you have to go, and when Giorgia asks me, I will do it with pleasure. But I don’t want to be there, ”he said.

The confrontation with Giorgia and the episode of “Peppa Pig”

The Meloni-Giambruno family, who will not live in Palazzo Chigi (“We have a house”), is therefore ready to face this new challenge. The companion of the party leader who won the vote on 25 September, then, also wanted to clarify his political position. “I’m not left-wing. With Giorgia we have divergent opinions on some ethical issues, such as assisted suicide. I think the state should reflect on whether it is right that a person can die in her home, with family members, or be forced to go to die in Switzerland, ”he explained. “We discuss sensitive issues that – I understand – politics must face with a different responsibility than me, who only have my own personal opinion”, he then added. And, speaking of abortion, he said: “There is no discussion: you will not find a line in which Giorgia disputes 194. On the rest, there is no quarrel, one speaks and everyone justifies his position”. So, about the “Peppa Pig controversy” and the episode with two mothers, born during the election campaign, Giambruno specified: “I can also show it to him and, if he were to ask why there are two mothers, I’ll explain it to him. However, one thing is a choice explained by a parent, another is to forcefully pass a concept “.

During the interview, then, Giambruno sketched a personal portrait of Giorgia Meloni (LA FOTOSTORIA). “She has a femininity with a fragile part of her, she is a human being with her own sensitivity, her own sweetness. He is not a robot. The real Giorgia is a self-made person, with so many difficulties in adolescence, who grew up without her father: she has shown that if you work hard and without shortcuts, you have your redemption, ”she said. “You have achieved something unthinkable, given the starting conditions. She is the prototype of the Italian we love: we like more those who come out of nowhere and make it, compared to the one who is born arrived ”, continued the companion of the FdI leader. “Giorgia is a person who remembers and values ​​those who believed in her and supported her. In fact, on Monday, she left the field to her, not going to the press conference and taking the time to be with her daughter. A man would have taken all the space to say: I won. Giorgia is the proven proof that a woman can do everything and better than a man ”, she concluded.