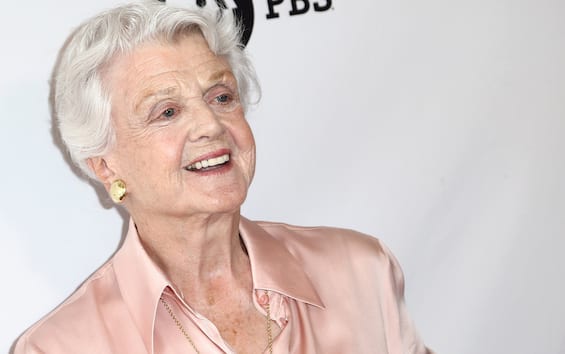 Angela Lansbury will once again appear on screen, in a posthumous cameo in the film Glass Onionsequel to Murder Dinner – Knives Out by Rian Johnson.

The actress, who just passed away at the age of 96, won’t be the only star of the show to be featured in a posthumous appearance: the film Glass Onionin fact, it will also have another cameo of a star who is no longer there, namely Stephen Sondheim.

The American composer, lyricist and playwright who died in November 2021 is considered one of the most important authors in the panorama of musical theater of the twentieth century, with a role unanimously recognized as fundamental in the development of the modern musical.
He was the author of some of the most important American musicals of the second half of the twentieth century, such as A Little Night Music, Sweeney Todd And Into the Woodshe also worked as a lyricist for the classics Gypsy: A Musical Fable And West Side Story. Sondheim also wrote original scores for the films Stavisky the great crook (1974), Reds (1980) and Dick Tracy (1990), for which he wrote the song Sooner or Later which earned him the Best Song Oscar in 1991.

Stephen Sondheim and Angela Lansbury were longtime Broadway collaborators, as well as being great friends outside of work. These two holy monsters of the show starred on the set of the sequel to Knives Outin the role of themselves.

It was to bring it back PlaybillUS monthly magazine dedicated to the theater (which is considered a real Bible for everything related to Broadway and its surroundings).
The news comes from its pages, according to which the sequel to the acclaimed Netflix film starring Ana de Armas (translated in Italy with the hybrid title of Murder Dinner – Knives Out) will see the final film credit for both Angela Lansbury and her collaborator who passed away in November 2021.

Glass Onion suffered significant delays due to the pandemic. The film was finally shot in mid-2021, however it will arrive in theaters for a limited edition only on November 23, before landing on the video streaming platform that produced it, namely Netflix (where the film will arrive at the end of December, also visible on Sky Q and via the app on Now Smart Stick).

The details on the plot are still top secret, since it is a mystery and thriller type story, however the advances offered by Playbill they assure that Angela Lansbury and Stephen Sondheim will both appear as themselves.

The duo have worked together at various points in their careers. There are those who believe (and hope) that the new case of Benoit Blanc (the detective played by Daniel Craig in Knives Out) can lead to a nice revival of Sweeney Toddwith Angela Lansbury reprising her role as Broadway’s First Lady Lovett, who knows …

For those who don’t know, Sweeney Todd: The Demon Barber of Fleet Street is a musical written by Stephen Sondheim (as regards music and lyrics) and Hugh Wheeler (libretto) winner of eight Tony Awards in 1979, based on the play Sweeney Todd, the Demon Barber of Fleet Street by Christopher Bond from 1973, itself inspired by the novel The String of Pearls of 1846. The latter had already seen a theatrical transposition in 1847, with the name of The String of Pearls; or, The Fiend of Fleet Street written by George Dibdin Pitt. The original edition directed by Harold Prince premiered at the Uris Theater on March 1, 1979, and reruns continued uninterruptedly until June 29, 1980.
In 2007 Tim Burton adapted the musical for the big screen, directing Johnny Depp and his wife Helena Bonham Carter in the film that won Best Picture (Comedy or Musical) and Best Actor (Comedy or Musical) at the 65th Golden Globe Awards. . He was also nominated for an Oscar for Best Actor and Best Costumes, winning the statuette for Best Production Design at the 80th Academy Awards.

If indeed Angela Lansbury will be featured in Knives Out 2 Reconnecting to the part she played in Stephen Sondheim’s musical, certainly this would give an exceptional sense to the enormous theatricality that seems to run through the entire universe of Knives Out.

The plot and cast of the film

This second chapter, entitled Glass Onion, tells of a group of old friends who get together. The reunion was organized by an old billionaire friend of theirs, a tech tycoon. It is presumable – not to say quite obvious – that he will result in murder.

Angela Lansbury obviously is no stranger to the murders brought to the theater and cinema (as well as on television, where – as is well known – the actress has built an empire on her beloved saga. Murder, She Wrotetranslated in Italy with the title de Murder, she wrote).
Since its film debut in 1944 in Gaslight (translated into Italian with the title of Anguish) by George Cukor, the link between Lansbury and the murders was something indissoluble.

Who knows if the mythical Jessica Fletcher would approve of Benoit Blanc’s approach to solving crimes, and what she would say about her crazy “donut hole” theory regarding mysterious events. We just have to wait for the film to arrive Glass Onion to at least find out what Angela thought of it. Which is Jessica, for all of us.