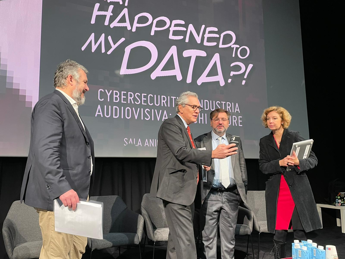 Rutelli: “Threats to the data and production of our industries” –

Untrained users on threats, vulnerability of out-of-date systems, valid user accounts contained in data breaches, sensitive information dispersed across the network, accounts shared with external personnel, absolute trust from messages from outsiders who qualify as ‘bosses ‘, the little perception of risk on one’s personal computer: these are the ‘open windows’ through which the ‘cyber-thieves’ enter despite the presence of an ‘armored door’. This is what emerges from the conference organized in Rome byAnicathe association of audiovisual and digital film industries chaired by Francesco Rutelli, entitled ‘What happened to my date?’ on cybersecurity in the audiovisual industry.

“The goal is to understand how creativity in production activities and the development of our industries must be measured against the threats that concern data management and their profiling, the boundary between the quality of productions and their destiny”, he explains Francis Rutelli.

The current landscape sees 60% of data residing in the cloud, while the average organization uses 2,415 services cloud. Regarding what are defined as ‘attack vectors’ of cybercrime, 48% of malware comes from cloud applications. Furthermore, 401 different cloud applications are used to distribute malware and 94% of malware affects compromised sites, fake sites or hosting services, 30% of malware always comes from one driveused every day by 40% of users, while 25% of users upload files to onedrive every day.

“We are facing a cultural change: we are no longer inside a physical world but we are inside a digital, cyber-physical world. And while we know all the problems and dangers of the physical world and over time we have adopted algorithms that allow us to avoid dangers or reduce risks, such as looking left and right before crossing a street, in the digital world the risks are less clear and little known by those who do not work in the sector, but society will have to keep them more and more present,” he says Roberto Baldonigeneral manager of theCybersecurity Agency national, speaking at the conference organized in Rome by Anica.

“For at least twenty years – observes Baldoni – the digital transformation has put the turbo on and thanks to technologies such as the cloud we have had the possibility of transforming entire industrial sectors, from agriculture to transport, something that happened before but much more slowly. And so, as citizens or company employees or CEOs, we must adopt increasing measures to avoid system blockages.In the specific audiovisual sector – he recalls – important attacks have been recorded, for example the terrorist one at Sony Pictures after the anti-North Korean film ‘The Interview’. We’ve had an indiscriminate increase in attacks by cybercriminals lately.”

Baldoni reports: “We have estimates of ransoms to get back data and unlock systems that reach billions of euros. We don’t have to block the digital transformation that gives efficiency, but the CEOs of the leaders must also think about the accidents that happen within the same supply chain, once the weakest link in the chain has been identified. The risk must be managed, just like we manage road or financial ones. But we absolutely have to make a cultural leap, as a country, to reduce the level of risk cybereven if obviously he cannot be reduced to zero and no one can ever think that a cyberattack cannot happen to him and his company: we must all be on the alert”.

For Federico Mollicone, president of the culture commission of the Chamber, “the issue of cybersecurity, even in the world of cinema and audiovisuals, is truly urgent and burning and requires immediate action” also considering that “Italy is the fourth country by number of attacks globally”. And remember that he too was the victim of a cyberattack, during the last legislature, with his page Facebook blocked for two days – until the decisive intervention of the Postal and Communications Police – by Turkish hackers operating from Germany.

“The audiovisual industry is impacted more than others by cyber risk – observes Mollicone – We live in an increasingly dangerously interconnected world, daily subjected to attacks on our privacy and our information, be it health, financial or political. Any data that flows from our devices is systematically put at risk by threats of different complexity and scope.There is a real black market in which hacker-entrepreneurs of different levels buy malware of different nature, which are then distributed by special networks with real operations and proper hacker-intelligence“.

Mollicone observes: “The flow of information is the real gold, the rare metal of our age. And Italy is the fourth country by number of attacks globally: a national risk on which Government And Parliament They are working. We must invest in new generation technologies with high added value and support those subjects who will be required to have a high protection value, with vouchers and tax credits, as well as investing in digital training starting from the school years”.