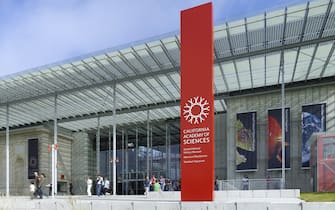 Researchers from the California Academy of Sciences in San Francisco as at the end of each year, they announced the balance of discoveries on biodiversity in the world, adding 70 new entries, between animals and plants, in 2021

WATCH THE VIDEO: Kenya, census to save endangered animals

Scientists from the Californian academy used the collaboration of several dozen researchers international. The new discoveries were recorded in five continents and three oceans, sifting through forests, venturing into deserts and diving into extreme ocean depths

Among the discoveries, six new species of bark scorpions from Guatemala and Mexico. Generally – they explain from the Califonian academy of sciences – scorpions are associated with the arid climates of the desert, these bark scorpions instead escape predators, larger scorpions, on the tops of the trees of the forests

‘Endangered color’, a project to show beauty of rare species

On the forested mountain peaks of the Philippines, a weevil. Surprisingly, the bright colors of this beetle are generally not found in most weevils, which tend to be monochromatic

New Zealand, shark species discovered that glow in the dark

In the depths of Easter Island, it was discovered the starfish Uokeaster ouch. Bright orange color, this star is named after ouch which means fire in the Rapa Nui language. Uokeaster instead it derives from Uoke, a mythological figure of the sea who, according to legend, submerged Easter Island

After carefully studying the genetic markers of 85 specimens in São Tomé in the Gulf of Guinea, it was discovered that the island boasts two unique species of Cecilians, limbless amphibian that at first glance may look like a snake

Among the 12 new species of sea ​​snails discoveries there is also Limacia inesae, found in the depths of the Atlantic Ocean off the coast of the Iberian Peninsula

“Biodiversity is critical to the health of our planet. Our relationship with nature improves with each new species, deepening our understanding to better respond to an uncertain future. As we continue to fight climate change and a pandemic, there is no ‘has never been a more crucial time to protect the variety of life on Earth “, Shannon Bennett said of the California Academy of Sciences

The next January 6th the new species, discovered in 2021, will come celebrate with a virtual event, called NightSchool, during which researchers will describe each of the novelties, recounting the particularities that distinguish them