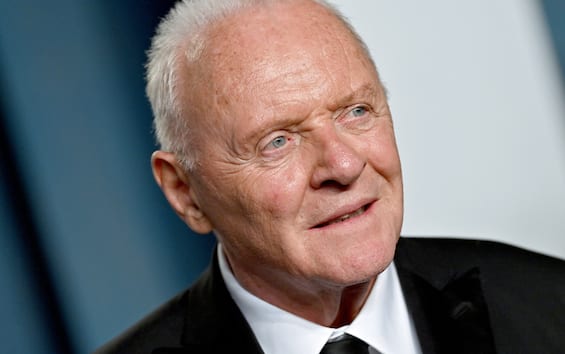 Anthony Hopkins shared a message about alcoholism on his 47-year sobriety anniversary. “Wherever you are, ask for help,” the Oscar-winning actor said in a video shared on his Instagram page. “Don’t be ashamed and be kind to yourself,” he added.

The star used social networks to celebrate almost half a century of not touching alcohol, wanting to launch an encouraging appeal for all people struggling against alcoholism.

Hopkins began his video message by saying that he’s not trying to be heavy-handed but that he’s keen to help anyone who may be struggling with this sneaky addiction, the same way he was decades ago.

“I’m a recovering alcoholic, and for you out there, I know there are people who are struggling,” she can be heard stating in the video. “I say to these people: be kind to yourself. Be gentle. Stay out of the circle of toxicity with people if they offend you. Live your life. Be proud of your life.”

At the bottom of this article you can watch the video message from Anthony Hopkins.

The empathic message of Anthony Hopkins

In the shared clip he goes on to explain that 47 years ago he was in a “desperate situation” and, he adds, he probably didn’t have much time left to live. His lifeline, according to him, was acknowledging the problem. In fact, healing starts from this: recognizing that something is wrong.

“But I didn’t realize it was some kind of mental, physical, emotional condition called alcoholism or addiction,” she says in the clip. “I’m not a drug expert. I’m not an expert on anything. I know nothing”.
The artist wanted to add a message aimed at young people, a bullying-themed appeal: “Don’t listen to them”, he said, referring to those who are harassed by abusive attitudes from others.

The mention to the 12-step programs

He then encouraged anyone struggling with an addiction (or any problem, in general) to talk to someone. He added that there is a specific program that unfolds in 12 phases.

“There are 12-phase programs all over the world,” the actor said of The Father. “Every city, every small town, every community, (offers) 12-step programs that can help you identify who you are. It costs nothing, but it will give you a whole new life”, these are the words of Anthony Hopkins.

He concluded by saying that he is not a “do-gooder” and that he is, in fact, a “sinner” just like everyone else, but getting sober has helped him to have the life he has today.
“So wherever you are, get help. Do not be ashamed. Be proud of yourself: whatever you do, don’t let anyone bring you down,” Hopkins said. “Celebrate yourself like I do, even if I don’t know anything.”

Already two years ago, in 2021, the legendary actor de The silence of the lambs he had opened up about his sobriety after acknowledging that he had an alcohol addiction.
The actor said goodbye to alcohol in 1975. Since then he has been totally sober, not even a drop of that Chianti which he made famous in the famous joke in which Hannibal Lecter reveals to Jodie Foster how he ate the liver of one of his victims (“I ate his liver with a nice plate of broad beans and a good Chianti”, ne The silence of the lambs).

They were difficult years for both him and his loved ones due to his addiction to drinking, as he said. When two years ago he invited not to be tempted by the treacherous demon of alcoholism, the actor pointed his finger at the difficult historical period of the pandemic: he acknowledged that, for those with alcohol problems, the various lockdowns are not been an easy time. The pandemic has forced us into isolation at home, often making us lose loved ones due to Covid, as well as jeopardizing work, safety and trust not only in the present but also in the future. All this certainly does not help to eradicate the problem of alcoholism which, on the contrary, has increased dramatically.
“It is normal for people to seek some relief from this situation, but I hope that those who are struggling to hold on will be able to ask for help,” Hopkins said two years ago in a video message shared on Twitter (which we re-propose to you at the end of this article).

He was saved by Alcoholics Anonymous

He has said several times that he was literally saved by alcoholics anonymous, who helped him get out of a spiral that was not only vicious but also highly self-destructive, harmful both for him and for his loved ones.
The causes of his alcoholism are rooted in guilt. For many years Anthony Hopkins was tormented by the so-called “imposter syndrome”, a set of feelings of guilt caused by the resounding success that he felt he didn’t deserve. Although many think that alcoholism only goes hand in hand with failures, it is not at all the case, as Hopkins’ rosy career clearly demonstrates. In an interview with Sunday Times Magazine, the actor revealed that at the root of his darkness was a sense of inadequacy: he didn’t feel worthy of so much success, he didn’t believe he was worthy of such a great fame, so he began to drown his guilt in alcohol . But everything he tries to drown in alcohol, drugs and any addiction resurfaces in a more lethal way.

The actor, now 85, now that he has come out of that tunnel, recalls that difficult period of his life with disapproval: “I wasn’t comfortable in my skin. I never want to go through those years again because of all the people I hurt.” After acknowledging the problem and asking for help, there was his own ascent from the underworld: “My fears began to dissolve. I was done with alcohol forever and never had the urge to drink again,” Anthony Hopkins explained to the Sunday Times Magazine.

Below you will find the video message of Anthony Hopkins just shared on Instagram, in addition to the one entrusted to his Twitter page two years ago.