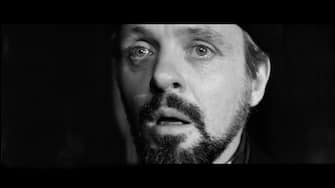 An inimitable class, an unmistakable face, and two Academy Awards: Anthony Hopkins He turns 85 today – December 31st. Celebrate his characters: from Hannibal Lecter to Nixon, here are the ones to remember

The best films of Anthony Hopkins, Oscar winner with The Father

DOCTOR TREVES – Hopkins’ first major film role is in film The elephant man by David Lynch which tells the story of John Merrick, a deformed man exploited in England at the end of the 19th century as a freak. Hopkins plays here the role of Dr. Frederick Treves, one of the few people to treat Merrick humanely, nursing him and finding him a bed and shelter at the London Hospital

ALL THE NEWS ABOUT ANTHONY HOPKINS

HANNIBAL LECTER – Another masterpiece in which Hopkins played, in 1991, is The silence of the lambswith which he won the Oscar despite an appearance time of very few minutes, one of the lowest ever for a leading actor. The silence of the lambs is the film of his definitive planetary affirmation, thanks also to an unforgettable character as Dr. Hannibal Lecter, cannibal serial killer

In the photo, another image of Hopkins as Hannibal Lecter, a character who is still today in the common imagination thanks to his interpretation

THE BUTLER – In What’s left of the day Hopkins is in the role of a butler – James Stevens – dedicated to the care of the large villa in which he remains an impeccable servant of the many masters who alternate over the years. He is the “guardian” of the secrets of those walls, but in order to always be perfect he comes to force himself to repress his feelings towards others and, in particular, towards the housekeeper Miss Kenton, his great and secret love.

NIXON – In 1995 Oliver Stone assigns the actor the part of the controversial US president Richard Nixon, in the film of the same name. Hopkins thus finds himself playing the leader overwhelmed by the Watergate scandal, in the grip of doubts, torments and inadequacies

BILL PARRISH – In Meet Joe Black, in which Brad Pitt plays Death, Hopkins is Bill Parrish, a wealthy telecommunications magnate who receives a visit from Death, ready to take him with him on his 65th birthday. But there will be an unexpected event, Joe Black will fall in love with the daughter of the rich businessman

POPE BENEDICT XVI – His performance as a non-protagonist is also masterful The two popes by Fernando Meirelles, in which he plays Pope Benedict XVI in the weeks of the handover to Pope Francis

KING LEAR – Hopkins also played a king in the made-for-TV movie King Lear. The film tells the story of the King of England who decides to divide his kingdom among his three daughters in proportion to the love shown by each of them. What’s going to happen?

ANTHONY – With The Father Hopkins won second prize Oscars. The story is that of a woman dealing with her father Anthony suffering from dementia, less and less in touch with reality. Hopkins’ performance, just as the sick man, is top notch

In the photo, another image of Hopkins on the set of The Father

The Father winner of 2 Oscars 2021 statuettes: plot, cast and trailer of the film