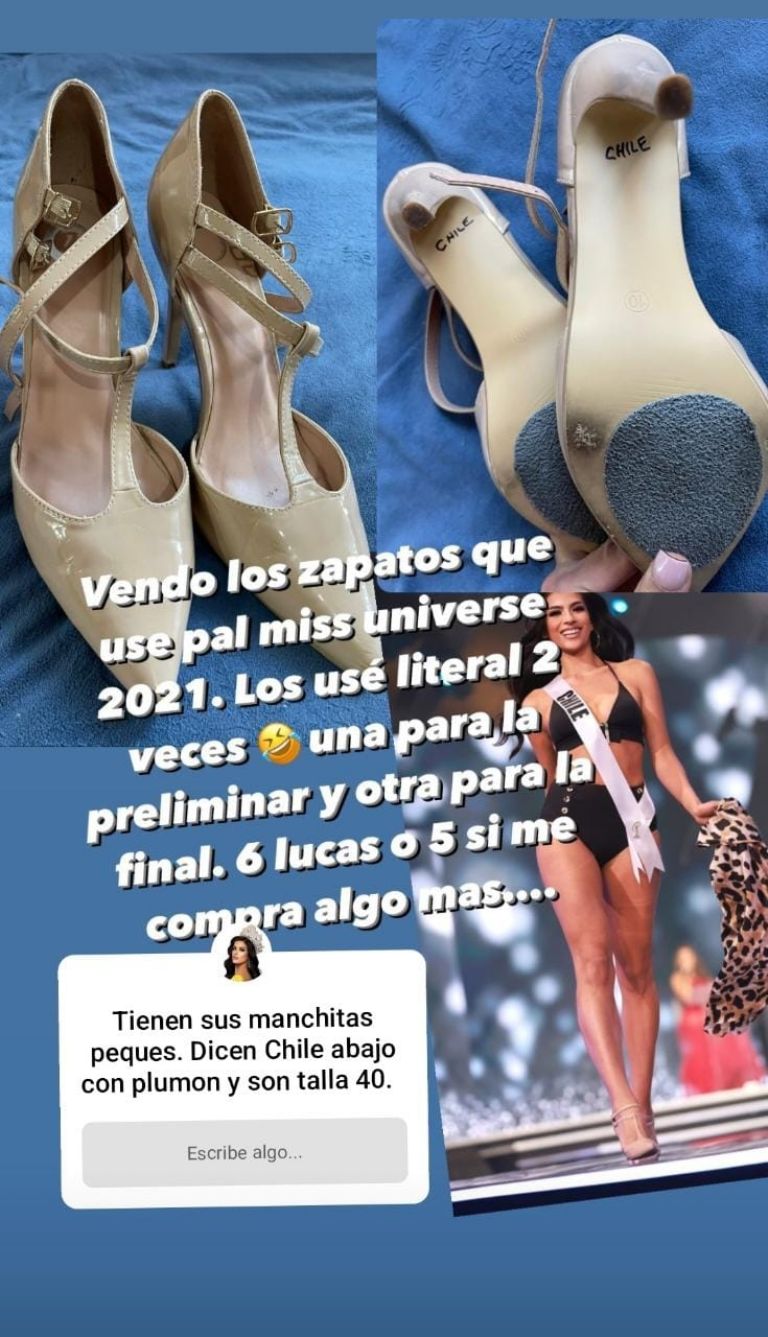 The model Antonia Crystal represented Chile in the last election for the crown of miss Universe which was held in December of last year and where the representative of India, Harnaaz Kaur Sandhu, was the winner. After her participation in the contest, the brunette continues with her career in the world of fashion.

Antonia Crystal He maintains permanent contact with his more than 150 thousand followers from all corners of the world through social networks and now he surprised them by announcing that he is selling the shoes he wore that night in which he participated for the crown of the most important contest in the world.

“I sell the shoes I wear for Miss Universe 2021, I used them literally twice, once for the preliminary and once for the final. 6 lucas or 5 if they buy me something else,” he wrote Antonia Crystal in his Instagram stories on the camera’s social network and attached several photos of the product.

His fans immediately reacted to the publication and asked why he wants to sell them but Antonia Crystal did not answer. What is certain is that in his stories there are several clothing items that she offers and apparently she has started a business in the world of fashion.

Sportswear, swimwear, formal and informal looks are part of the offer you have Antonia Crystal on social networks to make good money that you will surely need. In her latest posts she shows up at events and work engagements, so this will be just something extra in her life.