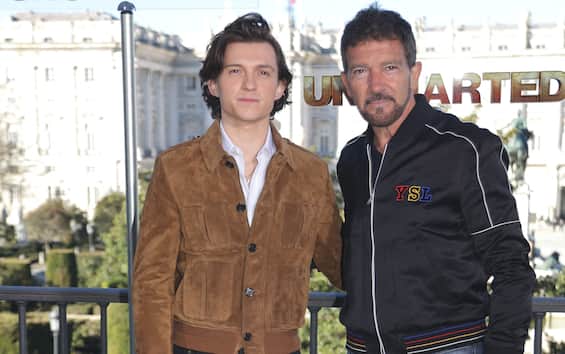 In the age of reboots, prequels and remakes, Antonio Banderas he had his say on the colleague who would see well as Zorro, a character who clearly marked his career. Banderas played the masked hero in the 1998 film The Mask of Zorro and then in the sequel The Legend of Zorro of 2005. These days he let slip the name of Tom Holland as possible his heir for the role.

“If they called me to do Zorro, I would do what Anthony Hopkins did for me, which is I would pass the batonBanderas replied when asked what he would do if he made the third film in the franchise. The actor named young Spider-man Tom Holland as a possible new Zorro, explaining that “he is so energetic It is funny. He has that spark too.” Holland and Banderas worked together on the film Unchartedadaptation of the video game of the same name a few months ago.

Zorro on the big screen

Zorro movies directed by Martin Campbell they saw together in the cast Banderas and Catherine Zeta Jones as the main protagonists. The first movie was a happened in the 90sconsecrating the career of the Spanish actor who starred in films such as Avoid, Philadelphia And Desperado after his debut in his home country with director Pedro Almodovar. The franchise of Zorro does not foresee solid projects at the moment to be developed, but Banderas is currently busy promoting the animated film Puss in Boots: The Last Wish which will hit theaters in December. Banderas once again voices the easy-going, swashbuckling feline persona he was born out of Shrek and already had his feature film in 2011.

Like Timothée Chalamet, Tom Holland is one of the most sought-after young actors of the moment. Known to most as the friendly new Spider-man in the Marvel universe, he has also appeared in more independent roles as the soldier of Cherry – Innocence Lost, The Streets of Evil, Edison – The Man Who Enlightened the World, Heart of the Sea – The Origins of Moby Dick. However, he first attracted attention way back in 2012 when he played the son of Ewan McGregor and Naomi Watts in the touching and dramatic The Impossible directed by JA Bayona which was about a family overwhelmed by the 2004 tsunami in Thailand.