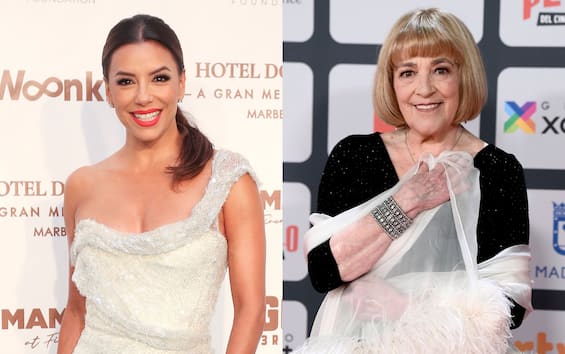 For the new Apple Plus series, Eva Longoria she will play the double role of producer and protagonist. The broadcaster asked for the release of Land of Women, a drama-comedy project that will go into production in the coming weeks. Eva Longoria will be joined in this new adventure by Carmen Maura: they will be the protagonists of the TV series, which in its first season will consist of six episodes. The project is based on the novel of the same name by Sandra Barneda (The tierra de las mujeres, in original language). The book was adapted to the television plot by Ramón Campos and Gema R. Neira, creators and screenwriters of the series, whose direction was entrusted to Carlos Sedes.

The plot of Land of women

The narrative line on which it runs Land of women it is very intense and current, because it tells the way in which a woman’s life is turned upside down and overturned by financial troubles of her husband. The man is involved in a very important media and personal scandal, to the point of forcing his wife, mother-in-law and daughter, a girl who attends university, to flee to seek refuge from a group of criminals seeking revenge towards man. The protagonist’s husband, in fact, created debts and generated a huge financial hole before running away and losing track of him, leaving his family at the mercy of events and criminals. Despair leads women to the only place they think they can be safe, the country their mother-in-law fled 50 years ago, swearing to herself that she would never come back. But the world is small, all the more so is a small country in the province, where gossip travels fast and spreads rapidly. This is how between the whispers and murmurs, the three women find themselves in the center of attention and begin to emerge. secrets and truths capable of upsetting the tranquil reality of a provincial town.

The role of Eva Longoria and Carmen Mura

In the film ordered by Apple Plus, Eva Longoria plays Gala, the fugitive’s wife. She is a strong woman but she finds herself fragile in the face of the difficulties of such a drastic life change. To give her support on every occasion there is her mother Julia of her, played by Carmen Maura, who never leaves her alone. The two women have a very strong bond, which helps them psychologically overcome the adversities of such a difficult moment in which they fell without blame. And in an attempt to escape the troubles of Gala’s husband, they are forced to suffer in order to survive.