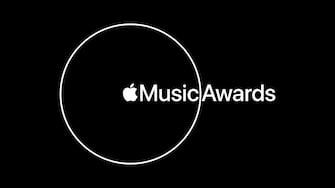 WATCH THE VIDEO: Post Malone and The Weeknd in “One Right Now”

Global Artist of the Year: The Weeknd

By filtering R&B and pop through an ambitious widescreen lens, The Weeknd has conquered popular music and culture on its own terms. The album After Hours The global superstar’s 2020 album quickly surpassed one million pre-add on Apple Music, and is the most pre-add album of all time by a male artist on the platform. “After Hours” also holds the record for the most listened to R & B / Soul album in its first week in 73 countries

The Weeknd, Die for you video clip released

For Olivia Rodrigo, 2021 will be the year of epic firsts. The 18-year-old singer-songwriter released her moving debut single in January drivers license, which quickly climbed the charts and became one of the most streamed news of the year. Drivers license recorded the highest number of first-week streams for an artist’s debut single on Apple Music globally

Songwriter of the Year: HER

Award-winning singer, songwriter and multi-instrumentalist HER’s work within the R&B genre has grown even wider in 2021 with the release of her acclaimed 21-track album. Back of My Mind, which represents the artist in his brightest, safest and most free moment. The chart-topping album was the third most-listened R & B / Soul album by a female artist on Apple Music in its first week of release this year.

Artist of the Year (France): Aya Nakamura
Franco-Malian pop singer Aya Nakamura is the most listened to French-speaking artist in the world. Best known for her hit song Djadja, has released three albums with countless chart-topping songs, including Copines, Pookie, Plus Jamais And Jolie nana, and was on the cover of Apple Music’s Hits Français playlist

Born as a group in Shimane, Japan, in 2012, OFFICIAL HIGE DANDISM, aka HIGEDAN, is composed of singer and keyboardist Satoshi Fujihara, guitarist Daisuke Ozasa, bassist and saxophonist Makoto Narazaki and drummer Masaki Matsuura. They released their debut mini album, Love to Peace wa Kimi no Naka, in 2014

Artist of the Year (Germany): RIN
Rapper Renato Simunovic, aka RIN, was born in 1994 in Bietigheim-Bissingen, near Stuttgart, in southern Germany. After releasing his first EP, “Genesis”, in 2016, “Eros”, his debut album, came quickly in 2017. Artist 25 times gold and three times platinum, RIN has performed in countless lives, has featuring with legends and collaborated with some of the most influential brands in the world

Artist of the Year (Russia): Scriptonite

Rapper Scriptonite, aka Adil Zhalelov, was discovered by Basta and signed to his Gazgolder label in 2015. Scriptonite’s debut album, House with Normal Activity, instantly became a classic and was considered one of the greatest records of the new Russian hip-hop revolution

Artist of the Year (Africa): Wizkid

Songwriter Wizkid is one of Africa’s greatest crossover artists, having worked with Drake, Skepta and Chris Brown, among others. The Nigerian musician found his first hit in Africa in 2011 with the hugely popular single Holla at Your Boy, which appeared on her debut album, Superstar. Wizkid went global in 2016 after its partnership with Drake on One Dance, which has climbed the charts in 15 countries