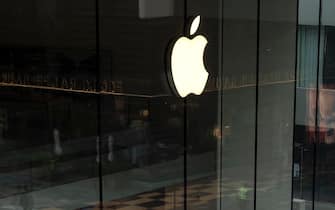 There are still a few months to go before the official launch of the new models of iPhone: the presentation, like every year, will be in September. However, some rumors begin to emerge about what Apple’s smartphones could be like 14th generation

THE MODELS – There should be four new Iphone models. In addition toiPhone 14 in basic version, in Apple stores you can expect to find also iPhone 14 Max, iPhone 14 Pro and iPhone 14 Pro Max. The choice will appeal especially to fans of medium to large screens – it should not see the light no new model of iPhone Mini

iPad Air, the test of the new faster and super-light version

These include Shadowleak, according to which the iPhone 14 Pro will have a screen from 6.06 in and camera with wide angle sensor 1 / 1.3 da 48 megapixels

The options for memory space should remain the same, ranging from a minimum of 128 GB to a maximum of 1 TB for Pro models

Shot on iPhone Macro Challenge, the winning photos of the contest

According to other rumors, as he writes Republicthe iPhone 14 Max Pro should also arrive with a 48 megapixel front camera

The iPhone Max on the back will likely have dual 12-megapixel cameras. The display should be 90Hz OLED

A16 BIONIC – In the new iPhones there will be the new A16 Bionic chip. In recent weeks it was said that it would only be a feature of the Pro models. The latest rumors, however, move away from this hypothesis

THE NOTCH – All new smartphones should then see the light without the ‘notch’, the space at the top of the screen that houses the camera, recognition sensors and earphones. In its place there would be what is called the ‘pill’, a particularly small space to leave more screen available to the user

iOS 16 – What is sure is that the new smartphones will work with the new iOS 16 operating system. Its presentation will be in June