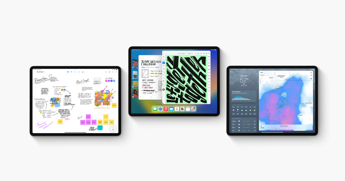 In the same period, the new iPad Pro with M2 chip should be presented

Apple intends to postpone the launch of the final version of the iPadOS 16 operating system by one month, or from September to October. He reveals it
Bloomberg
in a report, which claims that Apple will release iOS 16 for the iPhone first and only a month later the counterpart for the iPad, currently in open beta exactly like the iPhone OS. Apple would need more time to refine some new features that will be introduced on its tablet thanks to the update, starting with the new system for multitasking Stage Manager. At the moment iPadOS is in its fourth beta, and Stage Manager has been slightly improved with each new update: however, the system still has glaring bugs, and users have complained about the absence of the function on iPads without the M1 chip, i.e. all but the latest iPad Pro and iPad Air. According to Bloomberg, the postponement of the final version of the operating system would bring it closer to the announcement and therefore to the release of the new generation of iPad Pro, expected by the end of the year and with the M2 chip on board. Also in October the macOS update should arrive, which this year will be called Ventura and will share various functions with iPad, starting with Stage Manager.