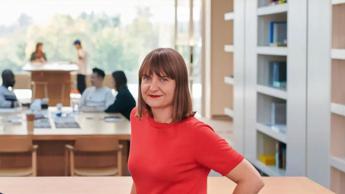 Evans Hankey has taken over from Jony Ive, who quit in 2019

One of Apple’s chief designers, Evans Hankey, has left the company, and Cupertino has not yet named his successor as VP Industrial Design. Hankey was seen as the successor to Jony Ive, the long-time chief designer of Apple’s most famous products, who left the company in 2019. According to Bloomberg, the VP will stay in Cupertino for another six months before leaving the company for good. One of the possible successors is Richard Howarth, who held the role of VP Industrial Design from 2015 to 2017, when Ive was promoted to Chief Design Officer. Certainly, Hankey hadn’t been exhibited like Ive, and she hasn’t appeared in showcases in recent years as she regularly did with Ive every time a new product design was presented. And since Ive left Apple, criticism of some of the company’s choices has been on the agenda. According to many, current Apple CEO Tim Cook has often left his technical staff the freedom to make crucial decisions, leaving design choices behind. In this period, then, Apple is criticized for placing too many products on the market, and some lines end up confusing buyers: just think of the case of the iPad, which with the presentation of the new models last week led to six different possible choices: Basic iPad, 10th generation basic iPad, iPad mini, iPad Air and iPad Pro in two sizes.