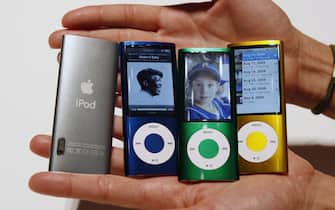 L’iPod, the mp3 file player of Apple which has contributed to revolutionizing the musical enjoyment on the go, turns 20. It was October 23, 2001 when it made its appearance on store shelves, announced as the device capable of putting “a thousand songs in the user’s pocket”, as stated in the slogan with which Apple presented the product to the public.

Although now the songs in users’ pockets – thanks to smartphones and streaming services – are thousands and thousands, at the time the iPod was truly revolutionary: it retired the old walkman of the 1980s, which required the use of cassettes to record the music on

Apple presents the new MacBook Pro and the new AirPods3

Just a few months before the launch of the iPod, the company then led by Steve Jobs had launched iTunes, the software to organize and play music files that also sold songs (which obviously ended up on the iPod). iTunes and the iPod have accelerated the transition from analog to digital music, and have brought the latter back into the field of legality, giving an alternative to the pirated download of music files from the Napster platform, active between the nineties and the 2000s

Since 2019, iTunes has given way to three distinct apps (for the music, i podcast and the Apple tv) thus marking the end of an era

In the course of these twenty years, the use of music has changed radically. Today it happens directly from smartphone And through streaming services

But the iPod has not retired: there is in fact its touch version still on sale. The device, an iconic product and for the most nostalgic, allows you to play and use many apps also available for the iPhone

A curiosity: in the action film Baby Driver, the protagonist listens to music only with his vast collection of iVintage pod

The design iPod was minimalist, elegant and sober. Available in different colors, it was equipped with a central scroll wheel for navigation. Its capacity initially was of 5 GB, over time it came to 256 GB of the iPod Touch currently on the market

In the years, Apple he retired the iPod nano and it shuffle, landed on the market in 2005 to replace theiPod mini. All these models have contributed to making the history of the device

The beginning of the decline of the iPod – and the other mp3 players – was the launch in 2007 iPhone, smartphone that combines phone and music player in one gadget. Then came the music streaming revolution, which has surpassed physical record sales and digital downloads: instead of buying individual songs, services like Apple Music, Spotify, Amazon Music and others allow you to choose from a catalog of millions of songs at any time, in exchange for paying a monthly subscription (or without subscription, but with advertising)