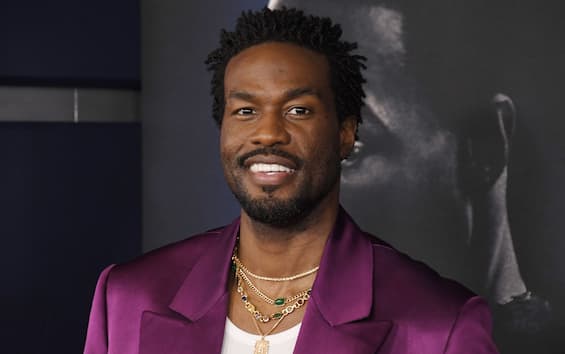 Periodically, without ever skipping an appointment, the debate on the artistic value of cinecomic. Especially in the United States there are two currents of thought in this sense, one of which believes that these films are of low value, almost of series B. The positions in this sense are very clear and there have been numerous well-known faces and important names of the cinemas that have sided against this kind of productions and among them in the past there was also Martin Scorsese. The last in order of time to express himself negatively, even with strong and trenchant tones regarding cinecomics, was Yahya Abdul-Mateenwho did not mince words to express his contempt for Aquaman, one of the last genre films that are in production. Words that inevitably caused a sensation in the American film community and among fans of the genre.

Yahya Abdul-Mateen in a few weeks will be back in the cinema with Black Mantathe second film about the character of Jason Momoa in which, moreover, there will be the return of Batman, one of the characteristic characters of cinecomics. Despite this, Yahya Abdul-Mateen was not at all soft towards cinecomics, on the contrary: “Sometimes you have to be aware of what kind of film you are making. Things like Aquaman I’m clown stuff, Aquaman it is not The Chicago trial 7. You don’t have to be picky “.

The age-old diatribe on cinecomics

Yahya Abdul-Mateen’s thought on cinecomics is quite common among many insiders, including a sacred monster of cinema such as Martin Scorsese. Not long ago, in fact, the director of The Irishman, in an interview with Empire, he said that in his opinion cinecomics were “closer to an amusement park” than to movies as he understands them. Words that, as he himself pointed out, have raised a great controversy. But Scorsese claimed the right to think differently, emphasizing; “I grew up in other years, and I developed a film idea – of what they were and what they could be – that is as far from the Marvel universe as Earth is from Alpha Centauri.”