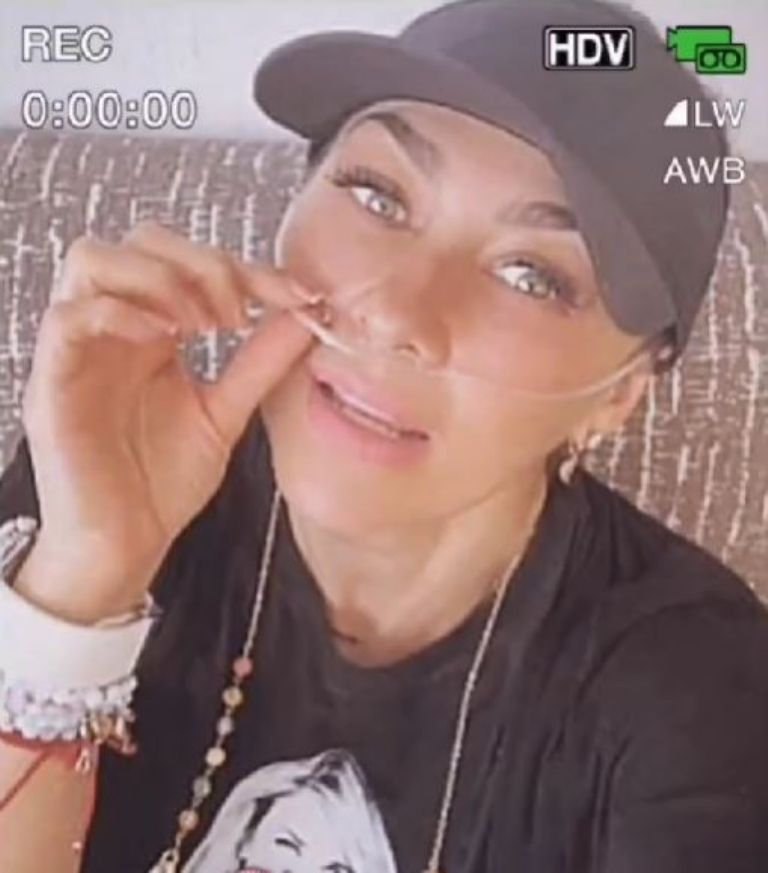 Aracely Arámbula has a long artistic career of more than 20 years. As a singer she achieved great success with her productions ‘Solo tuya’, also with her album ‘sexy’, this allowed her to be nominated at the Billboard awards. In turn, he has had participation in important soap operas such as: ‘Prisionera de amor’, ‘Cañaveral de pasiones’, among others. That is how he has shown his best side in acting.

Previously, the Mexican shared an image on her Instagram social networks, which immediately aroused great concern from all her followers and fans. In the photography, Aracely He placed a caption that read: ‘My Ara- beautiful family we are still on tour today in Kansas. Very happy’.

The Chihuahuan woman was shown in the photograph with a mustache providing her with oxygen, which generated a great repercussion. But to calm all doubts, he wrote how he was in health, to leave his fans calm, who showed great concern for their favorite artist. Aracely He commented: “La Patrona then listened to me very congested and today I woke up incredibly super, super well. My voice is different.”

Aracely in turn, he wrote that he sometimes uses oxygen as it is very good for his body and skin. “This is a super healthy thing for the body, for the cells, but also for the skin, they don’t know how the skin gets” described the actress.

It should be noted that this photograph truly caused restlessness and discomfort, but after clarifying the reason for the oxygen, his fans understood the situation: Luis Miguel’s ex is currently touring various places in the United States, making the most of his great talent.