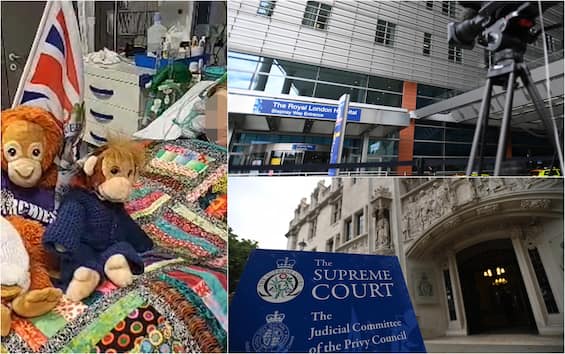 The plugs of the machines that keep Archie Battersbee alive are ready to be unplugged after a long series of failed court appeals filed by his parents. The 12-year-old has been in a room at the London Royal Hospital for four months, since on 7 April he was found lifeless at home in Southend, Essex, following a domestic accident apparently resulting from a self-restraint challenge between peers. gained online. The story that is dividing the United Kingdom will end in controversy, in yet another tug-of-war between hospitals and justice on the one hand, family on the other.

The epilogue of the story

An inevitable epilogue for doctors and judges who – as in a series of similar precedents – have decided to put an end to an agony now considered to be without return. “An execution” merciless, in the words of mom Hollie and dad Paul, clinging to the last hope, which no longer exists for doctors. The verdicts issued in all levels of judgment by the courts of the Kingdom are in agreement in accrediting the diagnosis of “highly probable” death of brain cells evoked by white coats. And they decided without waiting any longer, despite the “understandable” opposition of family members, in the name of the child’s supposed “best interest”. Ritual formulas, which feed the pain and anger of the mother, Hollie Dance: indefatigable in refusing a death sentence based on elements of “probability”; as well as in denouncing the attitude of doctors, hospital managers and judges as hasty, premature and cold; in calling for a “reasonable” extension.

The battle of the mother

The woman is supported on social media, on the street and in the courts by her ex-husband, their lawyer, pro-life religious associations and groups of ordinary people. He tried all possible strides: from the appeal to the UN committee for the rights of disabled people (UNRPD, not recognized by the British jurisdiction), to the last resort to the European Court of Human Rights in Strasbourg, which yesterday declared itself incompetent. to “interfere”, as in the past in the face of the similar symbolic cases of the very small Charlie Gard or Alfie Evans: concluded in 2016 and 2018 in the same way despite the emotion aroused by the media or the solidarity of Pope Francis.

The hypothesis, always put forward by the mother, of transferring Archie to foreign structures ready to continue to guarantee him, if only – in countries “such as Japan or Italy” – a long-term vital support was not even considered. Now only the extreme request remains under the judge for the boy to be moved from the London hospital to a more secluded and close Essex hospice for “a worthy death”: request entrusted to a High Court judge, but marked from the contrary opinion of the doctors, fearful that any transshipment could lead to an uncontrolled death of Archie. One last “disgusting family” slap is the reaction of a spokeswoman for Battersbee-Dance.