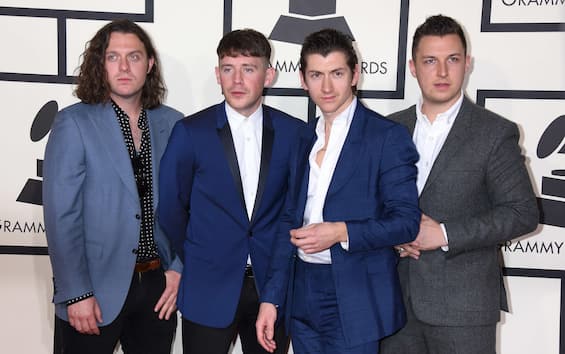 The Arctic Monkeys come back to the fore with a new album of unreleased songs, The Carwhich will be released on October 21st but, in the meantime, live from Jimmy Fallon presented the second single from The Car. Body Paint is an unreleased work for the English band, which formed in 2002 in Sheffield. The indie rock group is celebrating its twentieth anniversary this year and for the occasion has decided to come out with a new album four years after the last one, whose genesis has been rather troubled.

Body Paint is a song perfectly in line with the history of the Arctic Monkeys, a work that follows in the footsteps of previous works from which the most attentive listeners will be able to grasp almost autobiographical quotations. The presentation of the song was a successand it could only be so, having the band chosen to play it for the first time worldwide during show by Jimmy Fallon, one of the most loved and followed programs in the world. However, Body Paint it’s not the flagship song of The Car. The Arctic Monkeys have decided to bet everything on There’d better be a mirrorball to collect the artistic legacy of Tranquility based hotel & casino.

The album The Car

The Car is the seventh studio track by the English band. It consists of 10 tracks, two of which have already been published, included Body Paint. Also in this case, all the lyrics were written by Alex Turner, frontman of the band, while the production of the songs was entrusted to James Ford. For the studio recording, the Arctic Monkeys chose very particular locations, which enhanced the harmonization of their songs with their acoustics. The group chose the monastery Butley Priory of Suffolk, RAK Studios in London and La Frette in Paris. The Car it presents itself as a mature album, in which Alex Turner manages to give the best of himself with extraordinary vocal performances. Of The Car a deluxe edition will also be available, a gray vinyl with a limited edition gloss cover.