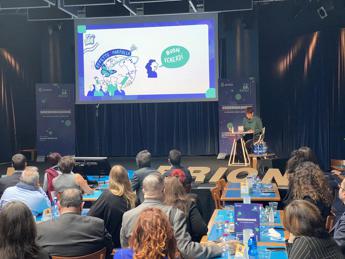 It was presented in recent days in Milan, on the occasion of the event ‘Greenwashing, music must change’, the survey ‘Weee and Rpa. Levels of knowledge, opinions and behaviors. What do Italians hide in their drawers? ‘, Created by Ipsos on behalf of Erion, on a sample of 1,400 Italian citizens (aged between 18 and 75), using the Cawi methodology, Computer Assisted Web Interview, which investigates the level of knowledge of the population regarding Waste electrical and electronic equipment, their correct disposal and their possibility of recycling.


The director general of Erion Weee, Giorgio Arienti, offers a more in-depth analysis of the research, explaining: “According to the evidence of the Ipsos survey, young Italians show a scarce aptitude for separate collection of WEEE. If in adults it emerged that in 1 case out of 6 electrical and electronic waste have been disposed of incorrectly, this figure increases significantly, up to 40%, when we look at the younger group of the sample examined. Despite the predisposition to the sharing economy, to the purchase of used devices and towards the themes of the circular economy, when it comes to WEEE, often our children do not even know the meaning of the acronym (44% of the adults versus 25% of young people) “.

Among the reasons why the correct conferment and recycling of WEEE are fundamental we find the recovery of the precious raw materials of which these are made and of which Italy is lacking: from simple aluminum, iron and copper, up to the more complex cobalt, palladium and lithium, the so-called critical raw materials, as underlined by the general manager by Erion Weee: “These are important resources for some industrial sectors, such as aerospace, communications and renewable energy. In order to recycle the raw materials that compose them, Italian citizens have three ways of correctly transferring electronic waste – concluded Arienti – they can turn to their municipalities, therefore to the municipal ecological islands, which are sometimes also available for home collection; alternatively, it is possible to give one’s WEEE to the retailer free of charge when buying appliances equivalent to those that are being delivered, adopting the one-on-one method; finally there is the one against zero, another free method which consists in conferring small WEEE, no longer than 25 cm, directly in electronics stores, without the need to buy another one “.