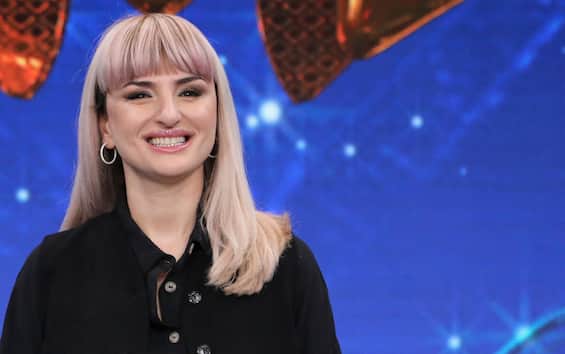 Among the most beautiful and clear voices of the Italian music scene, Arisa crosses the milestone of 40 years on Saturday 20 August. She celebrates it with a new single in Spanish,You forgive mereleased at the beginning of July, and a sexy and sophisticated image, light years away from the clumsy one of the debut, which took place in Sanremo 2009 with the single Sincerity.

Among the curiosities about her, there is certainly the stage name, Arisa, chosen by Rosalba Pippa to always have her loved ones with her. It is, in fact, the acronym of the names of all the members of his family: the “A” derives from his father Antonio, the “R” from his own name, the “I” and “S” from the sisters Isabella and Sabrina, while the final “A” from her mother Assunta.

The first steps in music

She began to be passionate about music from an early age, participating in the first singing competition at the age of four, competing with Get your mom to send you by Gianni Morandi. The most important in which you take part is undoubtedly SanremoLab, which won in 2008 together with Simona Molinari and which guarantees her admission by right to the Festival in the New Proposals category.

The vaults in Sanremo

The singer participates in the Ligurian festival six more times, all among the Champions. She got the best placement in 2014, resulting in the winner with Against the windwhile the biggest hit is two years earlier with The night. Written by Giuseppe Anastasi, former author of Sinceritythe song talks about pain after a sentimental separation.

As anticipated, the changes of melodies correspond to changes of image, obtained also thanks to minor cosmetic surgery, which the singer said she regretted. The reason? They were made more to please others than herself.

Still on the subject of image changes, one cannot fail to refer to the different hairstyles. Over the years very short hair alternated with wigs of different lengths, which the singer reveals to wear due to the trichotillomania she suffers from. An obsessive compulsive disorder, which leads her to pull her hair out of her skin.