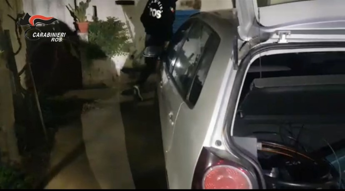 He bought the Campobello di Mazara apartment for the mafia boss

On paper an unsuspecting surveyor, with a passion for travel, but in reality Andrea Bonafede was a “reserved man of honor” in the service of the fugitive boss Matteo Messina Denaro. That’s why shortly before 7 pm today the Carabinieri del Ros arrested him in his sister’s house in Tre Fontane, in Campobello di Mazara (Trapani). The man did not say a word when he was arrested. He got into the police car in silence. The investigating judge Alfredo Montalto was very harsh in the precautionary custody order. The judge for the preliminary investigations recalls the “role of exceptional both factual and symbolic importance covered by Messina Denaro within the mafia association”.

“The figure of Bonafede appears, therefore, rather attributable to that of the ‘reserved’ affiliate in the direct service of the mafia boss – writes the investigating judge – And this qualification appears confirmed by the continuation of Bonafede’s conduct over time and by the recurrence of conduct of different types implemented by the latter to allow Messina Denaro not only to continue his hiding, but also and above all to maintain his leadership role in the mafia organization well demonstrated by the multiple results of the investigations which in recent years have led to countless arrests of affiliates as well as lastly, at the time of Messina Denaro’s arrest, by his availability of huge economic resources which can find no other explanation than in the aforementioned persistence of the managerial and operational role at the top of the mafia organization”.

For the investigating judge, Andrea Bonafede “has knowingly provided Matteo Messina Denaro, for over two years, with every tool necessary to carry out his managerial functions: confidential identity, a safe ‘hideout’, means of locomotion to be used to move independently” .

Then he reiterates: “first of all it is necessary to highlight that the minimizing defense attempted by Bonafede when he was heard immediately after the arrest of Messina Denaro (on January 16, 2023) has already been documented and therefore irrefutably denied by the investigative investigations that followed it “. “In addition – writes the investigating judge, taking up the request of the prosecutors – that the conduct of Andrea Bonafede certainly lasted for many months: the partial admissions of the person under investigation, in the light of the preliminary findings collected, confirm that the purchase of the residence and the transfer of an identity document on which to affix one’s photograph date back to a period dating back to at least 27 July 2020 (time of purchase of the first car) or in any case to 13 November 2020 (time of the first intervention undergone by Matteo Messina Denaro under the lies of Andrea Bonafede”.

For the investigating judge of Palermo, Andrea Bonafede “concretely provided a contribution of certainly no secondary importance to the criminal dynamics of the mafia association in the province of Trapani, having thus allowed Messina Denaro, not only to maintain his hiding, but above all, also through its presence in the territory, to continue to exercise the managerial role of the mafia organization”.

“Bonafede – writes the investigating judge Alfredo Montalto – has a family background compatible with the role of participant in the mafia association (and which, at the same time, explains why Messina Denaro Matteo could turn to him), since he he is the nephew (brother’s son) of the well-known Bonafede Leonardo, former ‘regent’ of the mafia ‘family’ of Campobello di Mazara who protected, at least in recent years, the inaction of Messina Denaro Matteo himself, allowing him to fully play the role of undisputed head of the Cosa nostra coterie in the province of Trapani”. (by Elvira Terranova)