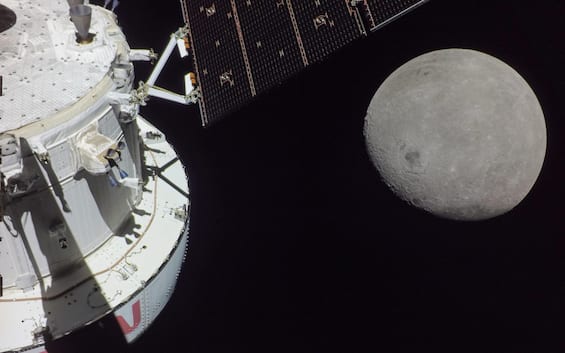 The Orion capsule has reached distant retrograde orbit (Dro), an orbit in which the vehicle moves around the Moon in the opposite direction to that in which the Moon moves around the Earth, and which is nearly 80,500 kilometers from the lunar surface. It is a new important stage of NASA’s Artemis 1 mission, a forerunner of the return to the Moon. The capsule reached this distant orbit by turning on the engine for 88 seconds, thanks to the European Service Module, created by the European Space Agency (ESA) and with the contribution of Italy through the Italian Space Agency (ASI) and industry . In this orbit, very wide and elliptical, Orion will remain for the next six days

A series of tests are planned

While in orbit, the vehicle will continue the series of tests for the navigation instrument that measures the positions of the stars and helps the vehicle to orientate itself correctly. Six days is the time it will take for the vehicle to cover half of the orbit, up to the point in which it will have to carry out the maneuver that will bring it closer to the Moon in order to subsequently enter the trajectory that will bring it back to the Earth on 11 December.