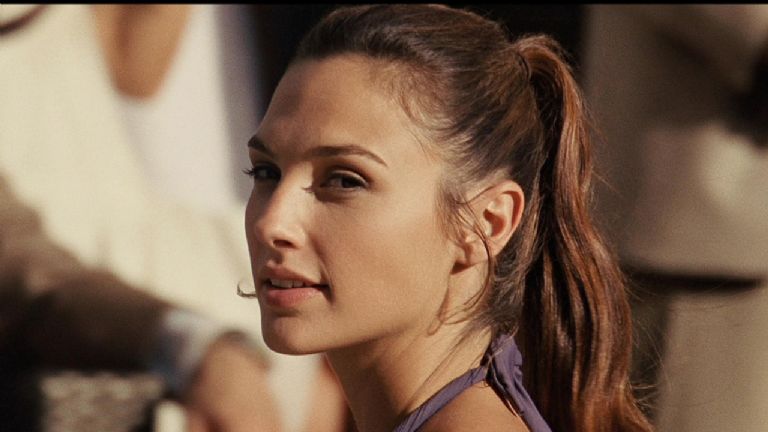 Gal Gadot she’s channeling her inner villain in a braless ensemble as the Israeli native dresses head-to-toe in black.

The 5-foot-10-inch wonder wore an all-black one-piece when she took on her role as the villainous Evil Queen in Snow White.

fans know Gal as a superhero in movies like Wonder Woman 1984 so the latest role will be a refreshing change for moviegoers.

The first part of the post featured a smiling Gal as she posed with multi-colored lights. She rocked her shoulder length hair into a side parting and wore bright red lipstick. Gal sat on white furniture with her back against the wall as she looked into the camera and struck some poses.

Gal then posed with Rachel Zeglerwho plays the main role of Snow White. Rachel is an accomplished actress in her own right: she won the Golden Globe 2021 to Best Actress in a Musical or Comedy for her performance in West Side Story.

Gal Gadot takes on the role of villain in Snow White

Another photo was a behind-the-scenes shot of Gal as she showed off a front view of her outfit. The sleeves were black and sheer, as was much of the bodice. The bodice featured dark fabric covering the chest and two shoulder patches.

Finally, Gal shared the film’s title, Snow White, to round out the themed post. Gal’s caption revealed that fans could look forward to Disney’s live-action movie in 2024.

The 37-year-old Red Notice star shared some pretty interesting details about her work on the much-anticipated feature and how she’s not used to playing a villain on screen.

She was joined by the leading lady of the upcoming film, Rachel Zeglerwho said it was “an honor” to play the iconic Disney princess.

Gadot described the role to Deadline as “very different from what I had done before” and that she “She’s used to playing the other end of where the heart should be.”

Even though she normally plays a heroine, Gadot said it was “lovely” to get the chance to play the “iconic villain”.

“Getting it under the skin was so delicious”he gushed, making sure to add that the Evil queen it is far from his personality in real life.

The development of the live-action adaptation of Snow White started in 2016 and Mark Webb he agreed to direct the feature three years later.

To keep in mind, Gadot and Zegler were announced as the film’s two leads in June of last year.

Greta Gerwig signed on to co-write the script for the feature that November.

Other cast members on the project include Andrew Burnap and Martin Klebba, who will play Grumpy.