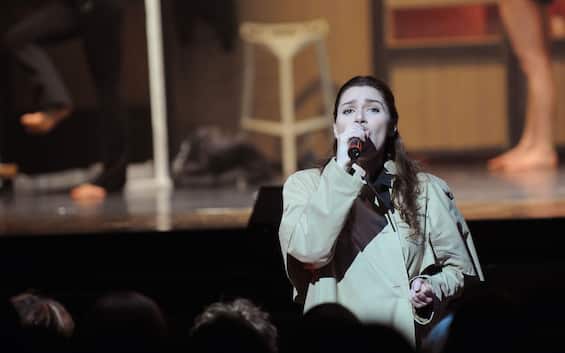 As for Disenchantment: the official synopsis

It’s been 15 years since Giselle (Amy Adams) and Robert’s (Patrick Dempsey) wedding, but Giselle has become disillusioned with city life, so the two decide to move their growing family to the quiet suburban community of Monroeville in search of a fairytale life. Unfortunately this solution isn’t as simple as Giselle had hoped. Suburbia has all-new rules and a local queen bee, Malvina Monroe (Maya Rudolph), who makes Giselle feel more out of place than ever. Frustrated that her “happily ever after” hasn’t been so easy to achieve, she turns to the magic of Andalasia for help, accidentally turning the entire city into a fairy tale and putting her at risk. the future happiness of his family. Now Giselle must race against time to undo the spell and find out what “happily ever after” really means to her and her family.

A musical between old and new songs

Among old melodies and suggestions in this sequel there are also new songs composed by Alan Menken and Stephen Schwartz. And the Italian singer, former Amici competitor Giulia Ottonello, once again lent her voice to Giselle, the fairy-tale protagonist played by Amy Adams. The soundtrack by Alan Menken is licensed by Walt Disney Records and will be available in digital format starting November 18 and is already available for Pre-Save / Pre-Add.

Who is Giulia Ottonello

Born in Genoa in 1984, the daughter of an opera singer who influenced her talent in music, Giulia Ottonello studied ballet at the age of three and then switched to tap dancing and worked with many jazz and gospel music professionals. In 2002 she joined the Amici di Maria De Filippi program where she was noticed by the public and by her insiders for her singing and performing skills. She won that edition which opened the doors to the show, recording her first single with Caterina Caselli entitled “Spezzami il Cuore”.