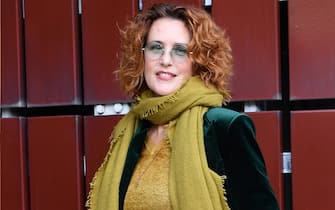 Lucrezia Lante Della Rovere is the protagonist of the new film of the cycle As long as it ends well, on the small screen since 2014. In the new title, the 56-year-old actress plays Laura, a successful interior decorator who suddenly loses her position due to an affair with one of her clients. The woman, who is initially helped by her former maid, rediscovers a simpler and more authentic life

Andrea Pennacchi is Fabrizio, the brother of Agnese, the maid who takes care of Laura. The man is a separated nurse and has one son. The actor also starred in Everything asks for salvation

Everything asks for salvation, the cast of the TV series

Emanuela Grimalda is Agnese Santini, the former maid of the protagonist who will help her materially and morally to overcome the most difficult moment of her life

Ilaria Rossi in the film is Emma, ​​Laura’s only daughter. The girl, who studied abroad, has a passion for music and was very spoiled by her mother

Roberto Zibetti is Giorgio Furlan. The actor is a well-known face in Italian cinema and TV and on the small screen he has collected a large number of roles, from Magic spell to Justice for all

WATCH THE VIDEO: Justice for all, cast and plot of the TV series

Astra Lanz is Anna, Giorgio Furlan’s wife. On TV she is known for the role of Sister Maria she played for a long time in the series Don Matteo

Don Matteo 13, the cast of the new season

The Paduan actress Pia Engleberth is also part of the cast of Laura’s Luck. Among his latest roles on TV, the series A professor, Do not leave me and the soap Ladies’ Paradise

Figure in the cast of this comedy for TV also Haydee Borelli, recently seen on TV ne The company of the swan and at the cinema Dalida

Alessandro Angelini, Roman, born in 1971, is the director of Laura’s Luck. On TV he directed the series in 2022 Vincenzo Malinconico, unsuccessful lawyer

Vincenzo Malinconico, unsuccessful lawyer: plot and cast of the series

La fortuna di Laura tells the story of Laura Trabacchi, an interior designer who, at a certain point in her life, is forced to review her scale of values ​​and her priorities. Her story, with a happy ending, proves that a crisis can be an opportunity for redemption

Emanuela Grimalda has published on her personal Instagram profile some photos taken on the set during the making of the film. In the post in which she invites the public to follow the play she said she was happy to have collaborated with such a talented group of actors and enthusiastic about having filmed in Trieste that she is her her city of origin