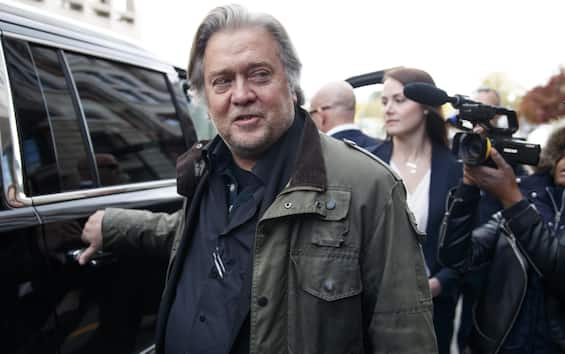 Steve Bannon, Donald Trump’s former campaign leader and his White House strategist, was sentenced by a Washington federal court to a four-month and $ 6,500 fine for contempt of Congress for refusing to testify and provide documents in Washington. investigation into the assault on Capitol Hill. According to prosecutors, since he received the subpoena, Bannon “has pursued a bad faith strategy of defiance and contempt.” Trump is also the recipient of a ‘sub poena’ to testify before Congress.

Bannon will not go to jail immediately: Judge Carl Nichols – appointed by Trump – has suspended the sentence pending the announced appeal. The sentence was four months for each of the two counts, then reunited into a single four-month sentence, two months less than that required by the prosecution (together with a $ 200,000 fine). Before reading the sentence, the judge had pointed out that Bannon did not express remorse and he replied that he had no reason to do so and to apologize because he did not do anything wrong.