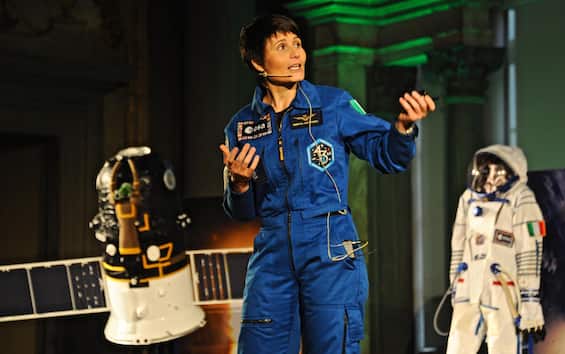 An astronaut (with apostrophe) of records. Now it is official after being the first European to carry out an extravehicular activity with the Russian Orlan suit on July 21st, Samantha Cristoforetti, engaged on board the Space Station in the long-duration mission by ESA Minerva, will also become the first European to command the human outpost in space. The handover with Expedition 67’s Russian colleague Oleg Artemyev will take place on September 28th (SAMANTHA CRISTOFORETTI SPECIAL).

“I am honored by my appointment and I can’t wait to draw on the experience I have acquired in space and on Earth to lead a very capable team into orbit.” This was the comment of the astronaut from Trentino. And if the words are important, then pay attention to the terms. First of all HONOR for the position to Italy, held before her only by her colleague and classmate Luca Parmitano. Then EXPERERIENCE, which translated means a whole life of bread and stars, since he watched the sky of his mountains light up, his career in the Air Force, up to ESA’s selection to become astronauts. And finally the flights to space, with the first Futura mission aboard the Space Station in 2015 and now with the second mission Minerva, during which Astrosamantha was the first European astronaut to perform an extravehicular activity with an Orlan suit. Finally – in her words – it is a VERY CAPABLE team that will lead. first inter pares, responsible – as the European Space Agency points out in a statement – for the work and well-being of the crew in orbit. And since he will take command in the final weeks of his stay on board, one of his main tasks will be to ensure an effective handover to the next crew.

The news was followed by congratulations from all the institutions, including the words of the President of the Italian Space Agency Giorgio Saccoccia: “As the first woman to hold the position of commander of the Space Station, Samantha will once again be a source of inspiration for the younger generations “.

Especially the girls, all who follow her on that road, always the most difficult as she advises, which leads to their dreams.