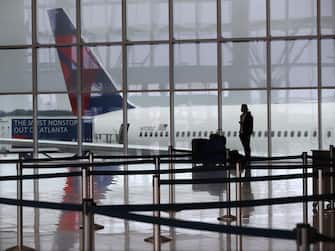 Hartsfield-Jackson Atlanta International Airport handles just under 104 million passengers annually and is therefore the busiest airport in the world. The airport serves the Atlanta area but is also a hub and a major hub for Delta airline, one of the largest in the world. Atlanta is also located just a couple of hours away from most of the major cities and destinations in the United States, making the airport an ideal entry point into the country.

The top ten of Italian airports: who wins

The second busiest airport in the world is Beijing Capital, China. Air China, the country’s national airline, uses it as a base and from there takes passengers to over 120 destinations. Beijing Capital has an annual traffic of nearly 96 million passengers. A third terminal was opened in preparation for the 2008 Beijing Olympics

The 10 largest airports in the world

In third place with 88 million passengers per year is Dubai International Airport in the United Arab Emirates. The success and growth of this airport are due to its strategic position and is home to the country’s main international airlines

What will Expo be after Expo? Siemens: here is the model of the city of the future

With approximately 85 million passengers annually, Tokyo Haneda International Airport ranks fourth in the ranking. It is the headquarters of Japan Airlines and All Nippon Airways. The growth of the Japanese hub is linked to the opening in 2010 of a new international terminal and to the country’s commercial policies that have encouraged passengers to rely on flag carriers

The US airport of Los Angeles ranks fifth in the ranking of the busiest in the world with over 85 million and a half passengers per year. One of the main terminals of the airport is the one dedicated to Tom Bradley, the first African-American mayor of the city. This terminal is served by more than 30 companies and the modernization works on the facility were completed in 2010

Another US airport in the ranking: Chicago O’Hare International Airport is in sixth place. The hub is located northwest of the city in Illinois and is the busiest in terms of landings and take-offs, managed thanks to eight runways. The airport was renamed in 1949 in honor of the aviation commander Edward O’Hare, who died during the Second World War

London Heathrow Airport in the UK is the seventh busiest airport in the world, the largest airport in the whole of the UK and the busiest on the European continent. The current seventh position marks a sharp decline compared to the previous third place. Here 90 airlines land and take off to 170 different destinations around the world. The hub consists of four passenger terminals plus another one for cargo aircraft

Hub for first reception and multiple visas: the UK accelerates the entry plan for Ukrainian refugees

In eighth place is the Hong Kong International Airport with over 72 million passengers per year. The hub is located on the island of Chek Lap Kok and has been in operation since 1998. It is a gateway for foreign visitors not only to China but to all of Asia. It is also one of the busiest airports in terms of freight, especially for UPS Airlines

With 70 million annual passengers, Shanghai Pudong Airport ranks ninth. The city is home to two airports but Pudong, which is about 30 km from the center, is the busiest and most famous

At the bottom of the top 10 is the French airport of Paris-Charles de Gaulle. With 69 and a half million passengers a year, the hub acts as an important hub for France and Europe. Named in honor of the country’s president in the 1960s, this airport is the second busiest in Europe. The ranking continues for another ten positions. Of particular interest is the sixteenth position occupied by the Indian international airport named after Indira Ghandi. Immediately after the Soekarno-Hatta international pole, in Indonesia