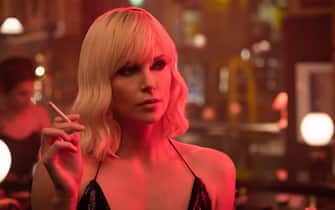 The Academy of Good and Evil, the trailer for the film with Charlize Theron

Set in 1989, on the eve of the collapse of the Berlin Wall and the change in superpower alliances, the film tells the story of Lorraine Broughton, a top-level spy in MI6, sent to West Berlin to retrieve a list containing the names of all Western agents in action and their business

The woman teams up with the director of the Berlin office, David Percival, and they unleash their entire arsenal of skills in pursuing a threat that puts the entire world of spy operations in Western countries at risk.

The protagonist of the film is Charlize Theron, in the role of Lorraine Broughton

There is also John Goodman, in the role of Emmett Kurzfeld

Til Schweiger is the watchmaker

Merkel is portrayed by Bill Skarsgård

In the role of James Gascoine we find Sam Hargrave instead