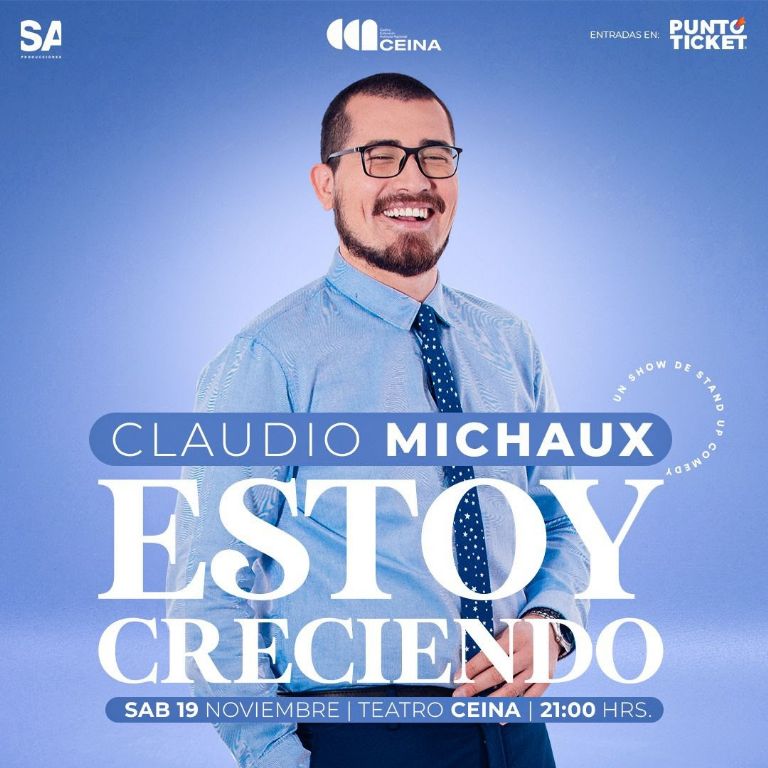 Become one of the most successful standaperos in the country, Claudio Michauxwill present his new show “I’m Growing”, on Saturday, November 19, at 9:00 p.m., at the CENA Theatre.

This renewed proposal will be presented for the first time before a format with a larger audience, in a first-rate show, with several surprises and of long duration.

In this new routine, the comedian addresses life as a couple, pets and what it is like to start adult life. “It’s a fast routine, with well-followed jokes to have an incredible time, we talk about growing up, taking the first step to stop living with parents, start living as a couple and the everyday things that a young adult experiences,” says Claudio Michaux .

As the comedian points out, “I’m growing” is a renewed stand up comedy show, in addition to being the first of its own production and of long duration. “This is my first presentation in a theater of this magnitude, CEINA was a dream and a goal that we had a long time ago, so we are more than prepared and infinitely happy to be able to put on this cool show so that people are going to enjoy it. ”, he expresses.

Claudio Michaux began his explosive career after participating in and winning the talent show “La Huincha” on TVN. Thanks to that opportunity, the comedian performed with great success at the Olmué Huaso Festival in 2020 and from then on he began to tour the stand-up comedy circuit throughout Chile.

Where to see Claudio Michaux live?

the safety pin “I’m Growing” by Claudio Michaux will be premiered in the capital next Saturday, November 19, at 9:00 p.m., at the CEINA Theaterlocated at Arturo Prat Street No. 33 (next to the National Institute), Santiago Centro. Tickets on sale at PuntoTicket.