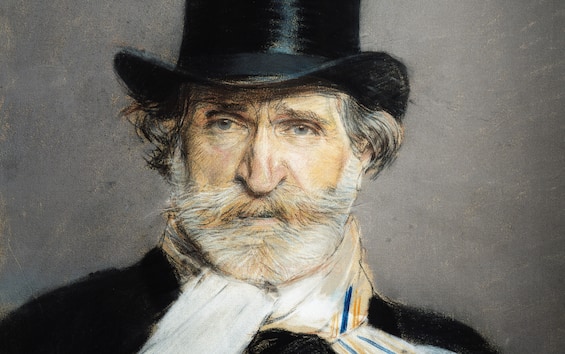 There Verdi week will color the autumn ofAuditorium of Milan with a double appointment dedicated to the genius of Busseto: the Requiem from Giuseppe Verdithe most famous dead mass ever composed, will resound on stage Thursday 27, Friday 28 And Sunday 30 October With the’Symphony Orchestra directed by Claus Peter Florthe Symphonic Choir driven by Massimo Fiocchi Malaspina and a cast that includes the soprano Carmela Remigiothe mezzo-soprano Anna Bonitatibus, the tenor Valentino Buzza and the bass Fabrizio Beggi, while Verdi reads Verdishow directed and starring Massimiliano Finazzer Floryhe will tell Saturday 29 October the fascinating personality of the greatest Italian opera player of the nineteenth century.

THE MASS FROM REQUIEM

May 22, 1873 Alessandro Manzoni, one of the most important authors of the Italian scene of the nineteenth century, died in his home in Milan. Giuseppe Verdi was deeply affected and distressed by that death, as emerges from the painful words written in a letter to his mutual friend Chiara Maffei: “I was not present, but few will have been more sad and moved this morning than I was, although far away. Now everything is over! And with him ends the purest, the healthiest, the highest of our glories “. A few days later, the great Italian composer put to music a dead Mass to “show how much affection and veneration I have brought and carry to that great one who is no longer”. The Requiem rang on May 22, 1874, the first anniversary of Manzoni’s death, and was greeted in this way on the pages of Gazzetta Musicale Italiana: “One hundred and twenty choristers and one hundred orchestra professors will take part in this solemn ceremony, which will mark an epoch in the history of musical art”. One of the most traditional Milanese rites, performed over thirty times in Italy and abroad also under the direction of the master Riccardo Chaillytoday a prelude to the European tour of the monumental page of Giuseppe Verdi which will bring the Milan Symphony Orchestra in the important halls of Amsterdam (Wednesday 2 November), Barcelona (Tuesday 8 November), Madrid (Wednesday 9 November) And Alicante (Friday 11 November).

DIRECTORS AND CAST OF REQUIEM

Born in Leipzig in 1953, Claus Peter Flor he has ranged in his musical career from violin study to conducting. After his debut with the Berlin Philharmonic in 1988, Maestro Flor held, among others, the position of Principal Guest Conductor of the Giuseppe Verdi Symphony Orchestra of Milan from 2003 to 2008 at the invitation of the Music Director Riccardo Chailly and, in the same institution, the position of Music Director of the 2017/2018 season, with the task of developing the Central European repertoire. Conductor with an instinctive and incisive musicality, Maestro Flor boasts a prestigious international career (from assignments at the London Philharmonia Orchestra to the musical direction of the Malaysian Philharmonica), renowned for his competence and interpretation of the Austro-Germanic repertoire ( including Bruckner, Mahler, Strauss, Brahms and Schumann) and for the great affinity with the works of Shostakovich and with the Czech repertoire of Dvorak and Suk. The long-standing relationship with the Milan Symphony Orchestra has also resulted in the recording of live concert productions of all Mahler’s Symphonies, the first by an Italian orchestra. Flanked by Flor the Master of the Choir Massimo Fiocchi Malaspina and an excellent cast. The soprano Carmela Remigio embraces a vast repertoire of Baroque operas, by Puccini and Mozart and, in particular, has interpreted more than five hundred performances of the Don Giovanni (also working with Peter Brook And Claudio Abbado) and collaborated with directors such as Riccardo Chailly And John Axelrod. The mezzo-soprano Anna Bonitatibus he made his debut in 1999 at the Scala in Milan in Don Giovanni under the direction of Riccardo Muti and, since then, she has performed on the main European stages and in concert halls around the world in Baroque and French operas and in the Neapolitan comic opera, becoming one of Mozart’s most acclaimed interpreters. The tenor Valentino Buzza worked with Riccardo Chailly and bass Fabrizio Beggi has trod the Italian and foreign scenes.

The theatrical homage of the playwright, actor, theater and cinema director Massimiliano Finazzer Flory, who plays Verdi “made up” as if he had come out of the famous portrait of Boldini, explores the biography of Giuseppe Verdi with a selection of original letters dedicated to Italy, to music, politics, art and the composer’s three passions (Dante, Manzoni and Shakespeare) also thanks to the collaboration ofHistorical Memories Archive, the publishing house founded in Milan in 1808 which has influenced the cultural history of Italy and Europe by publishing materials of inestimable historical and biographical value such as the works of the five greatest Italian opera composers Gioacchino Rossini, Gaetano Donizetti, Vincenzo Bellini, Giacomo Puccini and Giuseppe Verdi.

THE DIRECTOR AND INTERPRETER OF VERDI LAW VERDI

Massimiliano Finazzer Flory, one of the greatest promoters of the Italian language abroad, has represented formats on the history of art in over 30 countries. Film director like Being Leonardo da Vincimultiple award-winning in the United States, Golden wings And The restless muserespectively presented at the 76th and 77th Venice Film Festival, and again Other love meetings on Pier Paolo Pasolini e A coach as a father, both to be released in 2022, Finazzer Flory has also made biographies and shows on great personalities such as Virgilio, Borges, Mahler, Manzoni, Beethoven, Verdi and Dante Alighieri. Just the project Dante in the Duomoan integral reading of the Divine Comedy in the Milan Cathedral organized in 2021 as part of the artistic direction of the monument, resulted in a letter of attention from the Secretariat of State on behalf of the Holy Father, an honor that is added, among others, to the Prize Cenacolo Publishing and Innovation delivered by professor Umberto Eco and the Gold Medal of Civic Merit Ambrogino d’Oro. Finazzer Flory has also collaborated with characters who have made entertainment history, such as Andrea Bocelli, Angelo Branduardi, Mughal And Ornella Vanoni.