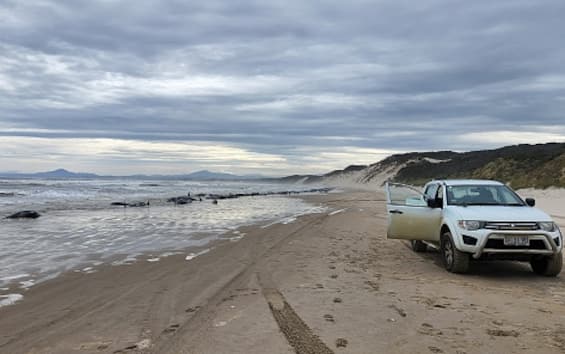 Mass slaughter of whales in Tasmania. Hundreds of pilot whales, pilot whales of the dolphin family, have been found beached on the east coast of the Australian island. “230 cetaceans have run aground near Macquarie Harbor,” the Tasmanian Department of Natural Resources and Environment said. “About half of the animals appear to be alive,” he added. around the world. The area is often the scene of mass slaughter of whales. Yesterday 14 young sperm whales were found dead on King Island, a Tasmanian beach. The carcasses were discovered by locals and immediately reported to local authorities More than 380 pilot whales died at Macquarie Heads, Tasmania in 2020. Nearly two years ago another mass stranding involving nearly 500 pilot whales survived. Just over 100 survived.

The reasons for the stranding remain unknown

The causes of the mass strandings are not yet fully known. Scientists say it could be caused by herds losing their way after feeding too close to the coast. Biologists and veterinarians are investigating the possible causes of their sudden death. According to the biologist Vanessa Pirotta, the dead whales were probably part of a herd of “bachelors”, young males who would have lost their bearings, perhaps chasing a sick specimen. Among other things, the coasts of Tasmania are crossed by numerous currents that can confuse the navigation of cetaceans.