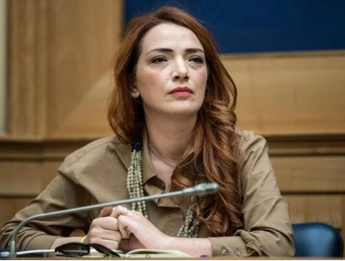 “The provision of autonomies starting from the original design of the Constitution requires the necessary respect for the principle of Unity and Indivisibility of the Republic, which is not an empty formula but the founding principle of the constituent pact which is not subject to constitutional review (and the process of differentiated autonomy even affects the form of State) disregarded both on a methodological level (it is the national Parliament that ‘attributes’ the powers while Calderoli’s ‘proposal’ is in contrast with the same art. 116, paragraph 3) and on a substantive level which ignores more than twenty years of Constitutional jurisprudence which established that some essential matters and services cannot be delegated by the State to the Regions but require a unitary discipline”. Thus the Calabrian militant Crystal Jasmine addresses the Minister for Regional Affairs and Autonomy, Robert Calderoliconsulted by AdnKronos on the subject of differentiated autonomy, at the center of the political debate.


“Not to mention the financial question and the LEP, which the minister still wants to anchor to historical expenditure, even if he speaks of temporary nature (and it is known that nothing is more definitive than temporary) in disregard of Article 119 of the Constitution. Therefore, Calderoli, your propaganda aims to obscure the risks of social and economic disintegration of the country that your project is pursuing regardless of the careful voices that are raised and will be raised in the coming months by civil society in defense of the Constitution, which is already mobilizing for the collection of signatures on a LIP revising articles 116 and 117 which does not eliminate the autonomy principle but safeguards the unfailing principle of unity of the country and respect for the constitutional bodies. If yours, Calderoli, are not empty words of propaganda support this LIP”, concludes Cristallo.