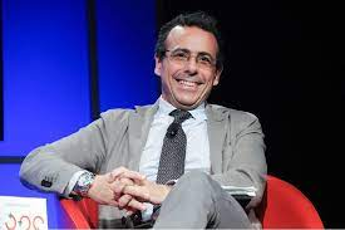 Both admit that in the transitional phase for the financing of the transfer of powers we proceed with reference to historical expenditure, that in 20 years nothing has been done is a constitutional breach

In the clash on differentiated autonomy between the Minister of Regional Affairs Roberto Calderoli and the President of Campania, Vincenzo De Luca, in light of the proposal of understanding of the Campania region in 2019 for the attribution of further forms of autonomy to the Region “the paradoxical thing I see is the notable convergence between De Luca’s proposal and the declarations of Minister Calderoli. But when I hear the public debate it seems that in Italy the revolution from the south to the north and vice versa is being unleashed. This does not help a serious debate on a delicate issue, which among other things corresponds to a clear constitutional indication referred to in article 116, introduced more than 20 years ago and on which there was also a citizens’ referendum”. Intervene with the Adnkronos the constitutionalist Giovanni Guzzetta, professor of public law at the University of Rome Tor Vergata, who comments: “That nothing has been done in 20 years seems to me to be another of those cases of constitutional infringement of which Italian regionalism is full. Suffice it to say that article 119 on the financial autonomy of the regions is still practically unimplemented. Perhaps, rather than tickle one’s electorate by hurling it against that of the opponents, the time has come for the heads of the institutions to sit down around a table and discuss concrete problems. Unfortunately I see a lot of propaganda.”


What elements of convergence do you see between Calderoli’s proposal and the preliminary agreement of the Campania region signed in 2019 by the governor, Vincenzo De Luca? “It seems clear to me that we all agree, as Mattarella reiterated, on the fact that the Constitution requires that minimum and essential levels of performance be guaranteed to all citizens regardless of the region they belong to and on the duty to define these lep, essential levels of performance – replies Guzzetta – It is a point on which not only everyone agrees there is also a precise duty to which the Court has already referred to Parliament with sentence 220 of 2021. On this ground it seems that something is moving, let’s hope that concrete results will be achieved”.

“Another point of convergence that I see – he continues – is that despite being told the opposite, both the approach of Minister Calderoli and that of the De Luca proposal admit that for the financing of the transfer of powers, without prejudice to the condition of the forecast of needs and standard costs, in a transitional phase it is possible to proceed also with reference to the historical expenditure. On the contrary – underlines the constitutional lawyer – from some statements I have read by Calderoli it would seem that the minister is even more cautious on historical expenditure than the proposal of the Campania region because it is true that the agreement proposal abstractly excludes that the criterion when fully operational is that of expenditure historical but also provides in article 3 that it may be applied on a transitional basis”. Article 3 of the Proposal signed by De Luca reads: “….needs and standard costs, calculated on the basis of the essential levels of services as defined above e not of historical spending“. “…. in the meantime, and in any case no later than the first year, the allocation of financial resources… takes place on the basis expenditure allocated to a permanent, fixed and recurring nature, under current legislation, supported by the State in the Campania Region, referring to functions transferred or assigned“, this point in which it is admitted that the historical expenditure is used. (by Roberta Lanzara)