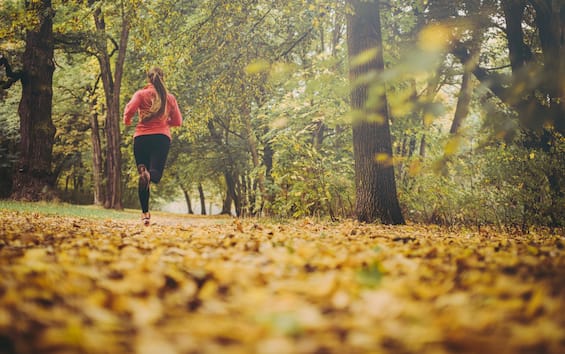 Equinox is a word that derives from the Latin aequinoctiumderived from the term aequa nox which, translated, means “night equal (in duration) to the day”. Therefore, on the two days of the equinox during the year (the other inaugurates the spring season) the hours of light and dark are perfectly equal. The moment of the equinox is when the earth’s revolution around the Sun is at the zenith of the equator. To explain it in simpler terms, the equinox is an astronomical event where a hypothetical observed positioner on the equator line would see the sun perpendicular to their head.

When the autumn equinox falls

Typically, the autumn equinox falls between 21 and 24 September, but the most frequent dates are those of 22-23. In 2022, to be precise, the exact time and date of the autumnal equinox it will be Friday 23 September at 3:03 am. Why, however, does it risk not falling at the same instant every year? The explanation is provided by the fact that there is a substantial difference between our calendar and the time it takes the Earth to make a full circle around the Sun. The year lasts 365 days, while the Earth takes 365 days, 6 hours. , 9 minutes and 6 seconds to go around the Sun. How do you avoid a wider gap and the progressive shift of the seasons? The answer is very easy and intuitive: it comes into play leap year (will return in 2024) which, in fact, has the task of putting things back in order. After the autumn equinox, December 21 is expected to be the winter solstice which coincides with the shortest day of the year.

Curiosities about the autumn equinox

In the Iranian calendar, the September equinox marks the first day of the Mehr or of Libra, while from 1793 to 1805 the September equinox was considered the first day of French republic calendar. In Greek mythology, however, this moment is linked to Hades, Demeter and Persephone and finally, the autumn equinox and the spring equinox are the only two times of the year when the sun rises perfectly in the east and sets perfectly in the west.