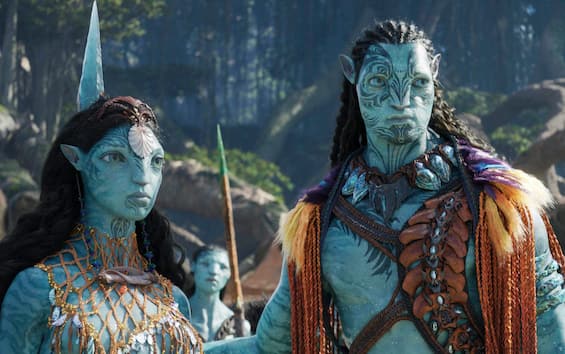 After working together for Titanic it is the first Avatars of 2009, the costume designer Deborah Lynn Scott and James Cameron they also collaborated for the costumes Of Avatar: The Way of Waterthe second film in the franchise at the cinema from December 14th. “We hadn’t checked to see if Rose’s hat would fit through the car door, so we were a little nervous,” Scott said of his days on the set of the epic drama. Titanic with Kate Winslet and Leonardo DiCaprio. During an interview for Variety, they both looked back on the costumes for the 1997 film as an “unnerving” job because “getting into an Edwardian mentality after leather jackets and boots for terminators it was new” as Cameron underlined, but then they realized that they are two creatives who are at ease outside their comfort zones and therefore the job was done in the best possible way.

The challenge of Avatars

For Avatars the speech is different since it was necessary to think of a look for the water in step with technology and the characteristics of this new world created by the ambitious director. “The costumes of the first Avatars they’re so detailed they look like a texture map of their own,” Deborah Lynn Scott explained, followed by Cameron who pointed out: “I remember going through your workshop upstairs, and you had all these amazing shell pieces, fabric, woven material and things made of leather.” They went through a series of drawings of various character looks together which they then took to WETA and the CGI effects team to test and see how the various costumes moved and adapted to the Na’vi and the underwater world. In fact most of the scenes of Avatars 2 they are shot underwater and this affects what the characters are wearing.

For the Na’vi women the costume designer also had to think about the accessories since the indigenous they tend to adorn her hair, arms and neckleaving the breast bare. “Deborah made this up armor which begins under the chin and is clearly ornamental or a signature of the character rankCameron explained. And to complete this asymmetry there are the tattoos which also involve the Na’vi men. “The asymmetry in the costumes had to be compensated for by an asymmetry in the tattoos. But I remember it took a long time before it was pleasing to the eye,” said Cameron, while Scott however specified that each tattoo had to have a meaning for each character.

A triumph of colours

For the costumes of Avatar: The Way of Water different materials were tested, evaluating buoyancy and also trying to figure out how to arrange the hair of the Na’vi, loose or tied up, curly or straight, dry or wet. And then there are the colors not to be underestimated. “The bright yellows and reds played well underwater and brought out the reef,” Cameron said, adding, “We used primary reds, oranges and yellows as warning colors and rescue colors in the human world”. “We followed in cinematographer Russell Carpenter’s footsteps and what he was doing. The sunset dictated the reds, pinks and golds that emerged,” Scott explained. Without a doubt the film is full of breathtaking landscapes with suggestive shades, both during the day and at night. In particular, the nights are tinged with fluorescent colors which increase the magic of the film.

The human world doesn’t have much scope for creativity for costumes in a movie like Avatarshowever the respiratory masksfor example, have been designed to fit each character. “If you were under construction, your mask had to fit your helmet. If you were a soldier, your mask had to fit like an integrated item. When it came to Spider, his mask had to work. He had to breathe underwater, go down and dive without ever taking it off,” the director recounted, noting that Scott worked with John Garvin to make these accessories.

Deborah Lynn Scott, talking about the lead time on the costumes of Avatars 2 he said for the Na’vi world it took an average of about 200 hours for each garment, from the research to the choices and then to the practical realization. “We discovered the 3D printer magic which still doesn’t compare to something handmade like bespoke pieces,” said the costume designer.